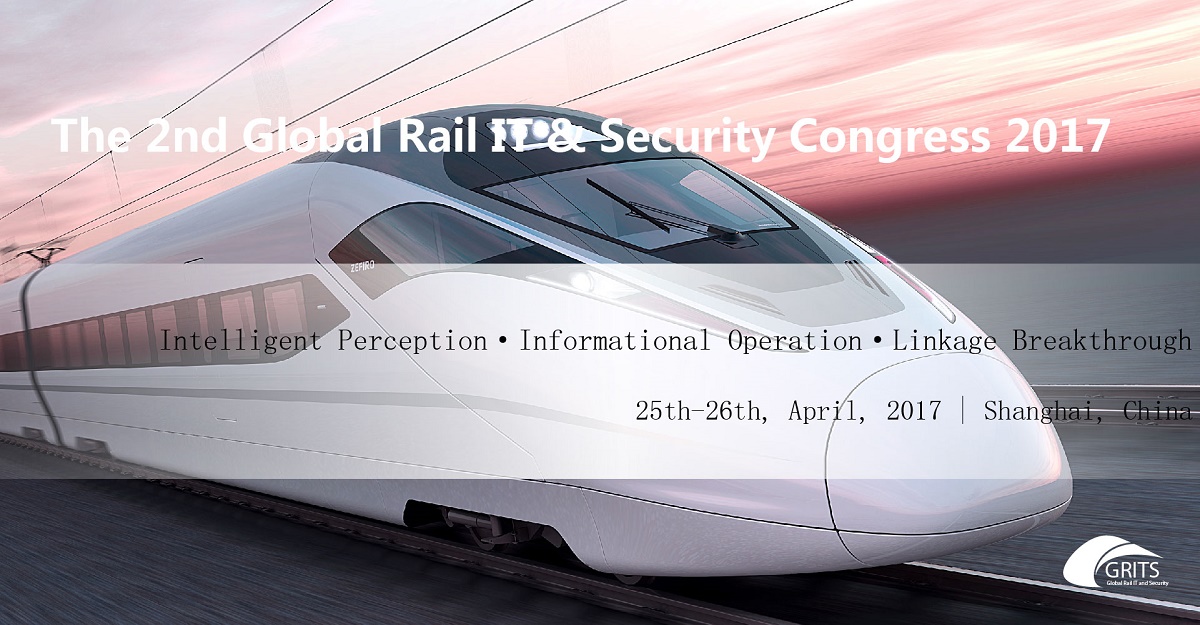 The 2nd Global Rail IT & Security Congress will be held in April, SHANGHAI, the date is 20th-21th,April.

How to utilize information technology to co-ordinate the management of subway subsystems to realize information sharing, resource integration, data sharing has become the key issues in the development process of the urban subway in the future.

At the same time, the new generation information technology represented by big data, cloud computing, wireless communications, mobile Internet is promoting the urban rail transit into a new era of information and intelligence in recent years. The new round of IT has greatly make the informatization advance more quickly, more in-depth penetration, more far-reaching influence synchronizing technology of each link including information-collection, transmission, processing and applications.

Under this background, the 2nd Global Rail IT & Security Congress will be held from April 20th to 21th, 2017 in Shanghai, theming “Intelligent Perception• Informational Operation• Linkage Breakthrough”. On the basis of successful experiences, the summit will sincerely invite old and new friends from the metro groups, advanced technology and equipment suppliers, system integrators, professional colleges and institutions domestic and abroad together to discuss the development trend of urban rail transit informatization from the perspective of policy guidance, market trends, technology innovation, information management, security operation and maintenance etc., and help the practical application of advanced technologies and solutions in the field of urban rail transit informatization, promote modernization of urban rail transit.
Click here for more details

One year to go until new Oxford to London line opens