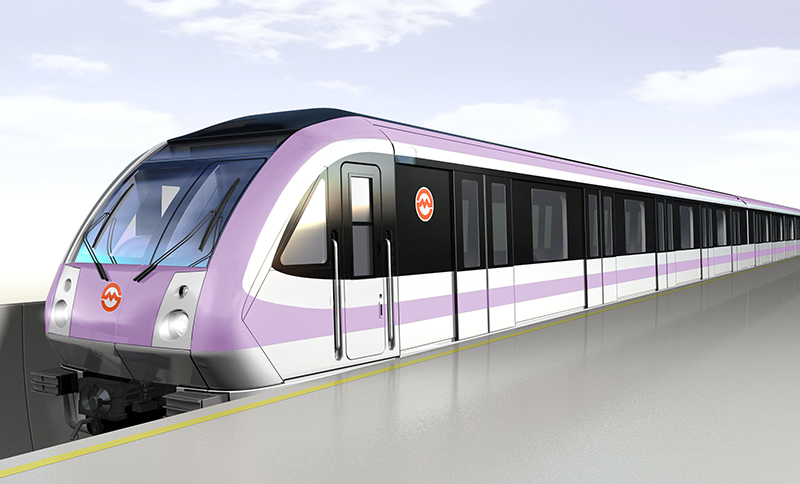 Alstom has been awarded a contract worth 31 million euros to supply traction systems[1] and train control monitoring systems (TCMS) for 156 metro cars of the Shanghai line 10 phase 2. The line is expected to start revenue service in 2018.

Line 10 is the first driverless metro line in Shanghai. It includes two phases: phase one, which started revenue service in 2010 and is 36 km long with 31 stations, and phase 2 which will add 10 kilometers and 6 stations. For phase 1, Alstom supplied the signaling and traction systems, including auxiliary system TCMS, and was also involved in the metro design.

All traction systems and TCMS for phase 2 will be manufactured by Alstom’s local joint venture (JV), Shanghai Alstom Transport Electrical Equipment Co. Ltd. (SATEE), with motors manufactured by another Alstom local JV: Xi’an Alstom Yongji Electric Equipment Co. (XAYEECO). Alstom Tarbes and Villeurbanne sites in France will provide components, and Alstom Sesto site in Italy as well as Charleroi in Belgium and Valenciennes in France will provide software for the traction, auxiliary converter and TCMS system.

“Alstom is pleased to be awarded another contract and to pursue this collaboration that will enhance Shanghai metro network. With its technology proven internationally, 17 years presence in Shanghai and localized manufacturing, Alstom will continue providing efficient, reliable and environment friendly urban transport solutions to Shanghai, an important market for Alstom both for metro and tramway lines”
said Ling Fang, Managing Director of China & East Asia, Alstom.

In 1999, Alstom won its first metro contract in China to supply 168 metropolis metro cars to Shanghai Line 3. So far, Alstom has supplied 1,222 metropolis metro cars for seven Shanghai metro lines. In 2015, Alstom was awarded its first tramway contract in China to supply 30 trams for Shanghai Songjiang lines. Alstom has two other JVs in Shanghai: Shanghai Alstom Transport Co. Ltd which is manufacturing and maintaining rolling stocks  since 1999, and CASCO Signal Ltd. which is equipping signaling systems and services for metro trainsets and mainlines since 1986.