Home News “As America grows, so must our investments in transportation” 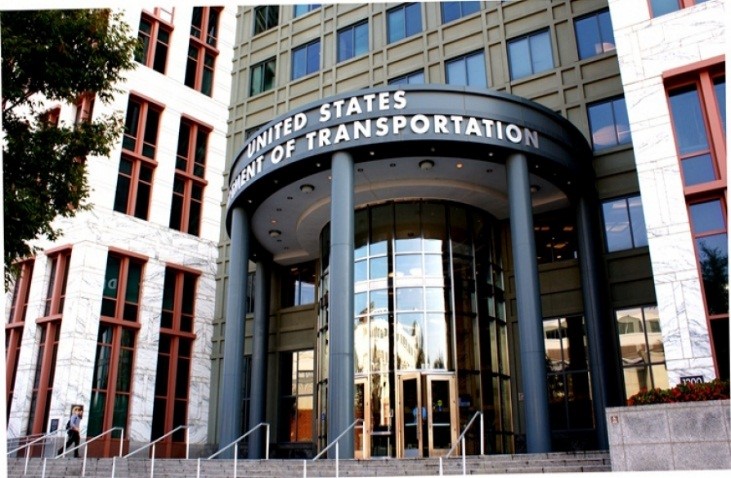 “This week, it appears that Congress will act to stave off the looming insolvency of the Highway Trust Fund. The bill, if passed, should extend surface transportation funding until next May.

We are hopeful that Congress appears willing to avert the immediate crisis.  But we want to be clear: This bill will not “fix” America’s transportation system. For that, we need a much larger and longer-term investment.  On this, all twelve of us agree.

Taken together, we have led the U.S. Department of Transportation for over 35 years. One of us was there on day one, at its founding. We’ve served seven presidents, both Republicans and Democrats, including Lyndon Johnson, Gerald Ford, Ronald Reagan, George H.W. Bush, Bill Clinton, George W. Bush, and Barack Obama.

Suffice it to say, we’ve been around the block.  We probably helped pave it….

So it is with some knowledge and experience that we can write:  Never in our nation’s history has America’s transportation system been on a more unsustainable course.

This is no way to run a railroad, fill a pothole, or repair a bridge. In fact, the unpredictability about when, or if, funding will come has caused states to delay or cancel projects altogether.

The result has been an enormous infrastructure deficit – a nationwide backlog of repairing and rebuilding. Right now, there are so many structurally deficient bridges in America that, if you lined them up end-to-end, they’d stretch from Boston to Miami.  What’s worse, the American people are paying for this inaction in a number of ways.

Bad roads, for example, are costing individual drivers hundreds of dollars a year due to side effects like extra wear-and-tear on their vehicles and time spent in traffic.

Simply put, the United States of America is in a united state of disrepair, a crisis made worse by the fact that, over the next generation, more will be demanded of our transportation system than ever before.  By 2050, this country will be home to up to 100 million new people.  And we’ll have to move 14 billion additional tons of freight, almost twice what we move now.

Without increasing investment in transportation, we won’t be able to meet these challenges. According to the American Society of Civil Engineers, we need to invest $1.8 trillion by 2020 just to bring our surface transportation infrastructure to an adequate level.

So, what America needs is to break this cycle of governing crisis-to-crisis, only to enact a stopgap measure at the last moment. We need to make a commitment to the American people and the American economy.

There is hope on this front.  Some leaders in Washington, including those at the U.S. Department of Transportation, are stepping forward with ideas for paying for our roads, rails, and transit systems for the long-term.

While we – the twelve transportation secretaries – may differ on the details of these proposals, there is one essential goal with which all twelve of us agree:  We cannot continue funding our transportation with measures that are short-term and short of the funding we need.

On this, we are of one mind. And Congress should be, too.

Adequately funding our transportation system won’t be an easy task for our nation’s lawmakers. But that doesn’t mean it’s impossible. Consensus has been brokered before.

Until recently, Congress understood that, as America grows, so must our investments in transportation.  And for more than half a century, they voted for that principle – and increased funding – with broad, bipartisan majorities in both houses.

We believe they can, and should, do so again.”

For the original release click here
A number of the leading transit agencies of the USA will be speaking at SmartRail USA (29-30th October, Charlotte, NC) including San Francisco Municipal Transportation agency (SFMTA), Charlotte Area Transit System (CATS), New York (MTA), Metra Chicago and many more. Across two packed days SmartRail USA will analyse, present and discuss the latest developments and innovations across rail and metro including IT, Telecoms, Operations, Passenger engagement, Fare Collection and much more.