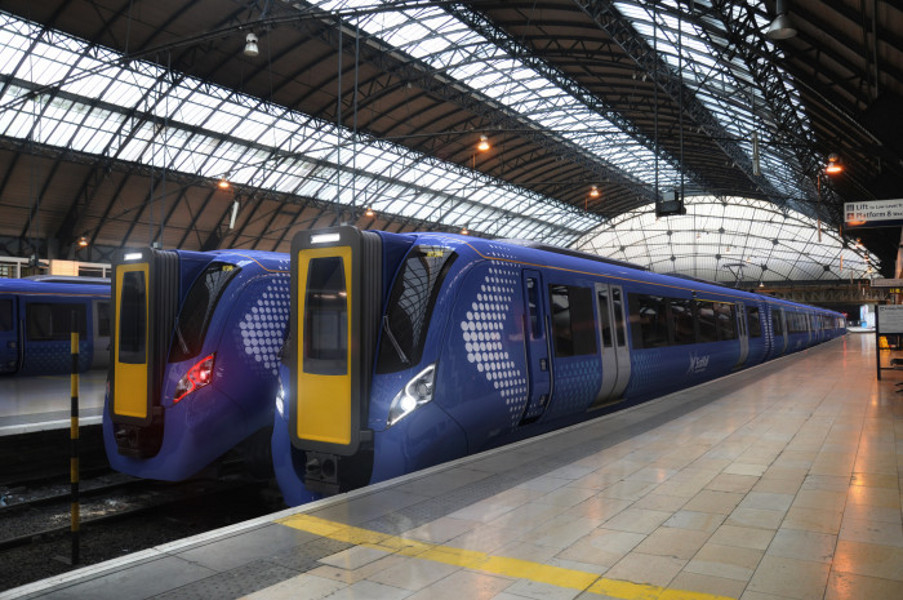 ScotRail’s apprentices were introduced to the new fleet of Hitachi AT200 commuter trains, due to go into passenger service in Scotland from 2017. The event was held in Glasgow (Wed. 20).

Jon Veitch, General Manager; Scotland, Hitachi Rail Europe, delivered a presentation and gave over 30 apprentices the opportunity to participate in a question-and-answer session so that they could learn about what the future ScotRail fleet will look like.

Engineers attending the event as part of Scottish Apprenticeship Week got a preview of the 70 new modular electric trains they will be maintaining for the new Abellio ScotRail franchise.

Jon Veitch said:
“It was an absolute pleasure to take part in this event organised by Abellio ScotRail to celebrate Apprenticeship Week in Scotland. Hitachi Rail Europe is committed to the training and development of apprentices, growing our business and giving the next generation of engineers an opportunity to work with Hitachi Rail Europe.”

Jon went on to say;
“Hitachi Rail Europe has established apprenticeship schemes across its bases throughout England, and we look forward to generating a scheme in Scotland as our relationship with Abellio ScotRail develops. We have a new and exciting commitment to Scotland, delivering 70 AT200 commuter trains with a ten year maintenance provision. In addition, we will also be operating and servicing our Class 800 trains for the Department for Transport’s InterCity Express Programme in Scotland.”

Ross Short, a fourth-year ScotRail apprentice engineer at Corkerhill depot, said:
“It’s great to see what the future holds for us as apprentices and for ScotRail. We’re at the start of our careers in the railway, and it’s exciting seeing the new trains that we’ll be working on.”

“I currently work on some of the oldest fleet, the 156s, so the difference between them and the AT-200s goes to show how well the rail industry is progressing. There’s a lot of investment going into the rail network, so it’s certainly an exciting time to be working at ScotRail.”

The AT200 model features regenerative braking systems which allow a 12% reduction in carbon emissions when compared to other rolling stock.

All-new interiors feature cantilever seating and options for 2 + 2 and 2+1 seating arrangements. Improved personal technology capabilities also feature in the new-look trains, including Wi-Fi, USB and power sockets at every seat.