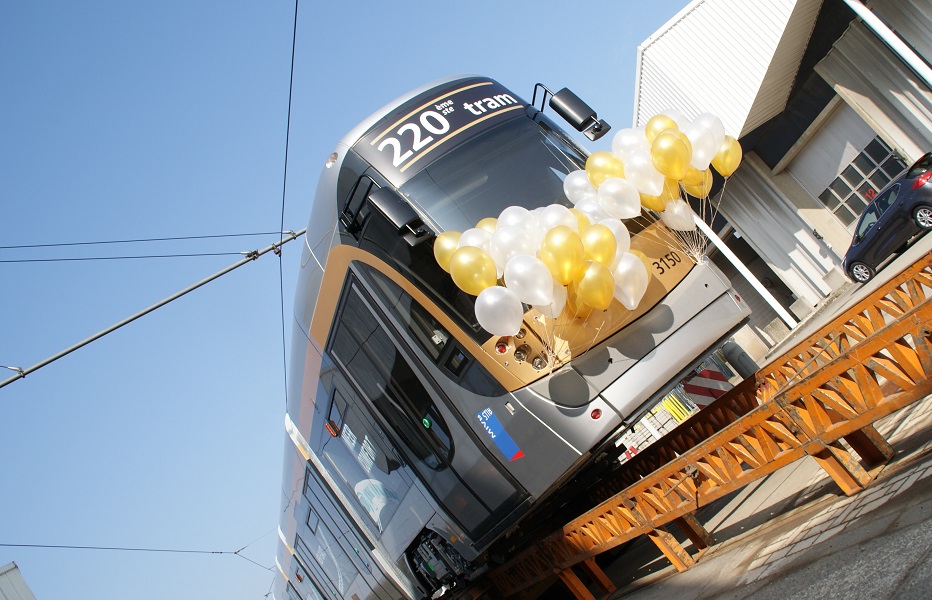 Final delivery is a milestone in Bombardier and STIB’s long-term partnership.

Bombardier received STIB’s initial order for 46 FLEXITY Outlook trams in October 2003. STIB’s first option-order for an additional 22 vehicles came in September 2005, followed in January 2008 by another option-order for 87 more trams. In 2010, another order for 65 vehicles brought the number of vehicles in operation by STIB up to an impressive 220. In total, STIB now operates 70 seven-module trams and 150 five-module vehicles.

“Comfort, availability and information really matter to our customers. With these new trams, which are more modern and spacious, we meet our passengers’ expectations and continue improving our service and availability. This is much appreciated by our customers according to the latest customer satisfaction survey, here trams were rated equal to metros in terms of comfort”, explains Brieuc de Meeûs, CEO of STIB.

Lutz Bertling, President and Chief Operating Officer, Bombardier Transportation, said,
“Today, Bombardier has completed a fantastic project. Over the last ten years, we have delivered to STIB 220 FLEXITY trams, the world’s biggest fleet of a single type of trams. We are very proud that our 100% low floor trams contribute to providing efficient, passenger-friendly and comfortable public transport in the capital of Europe. We are looking forward to continuing our long-term partnership with STIB in the years to come.”

Overall, Bombardier now has more than 4,000 trams and light rail vehicles in successful revenue service, or on order, in cities across Europe, Asia, Australia, and North America.