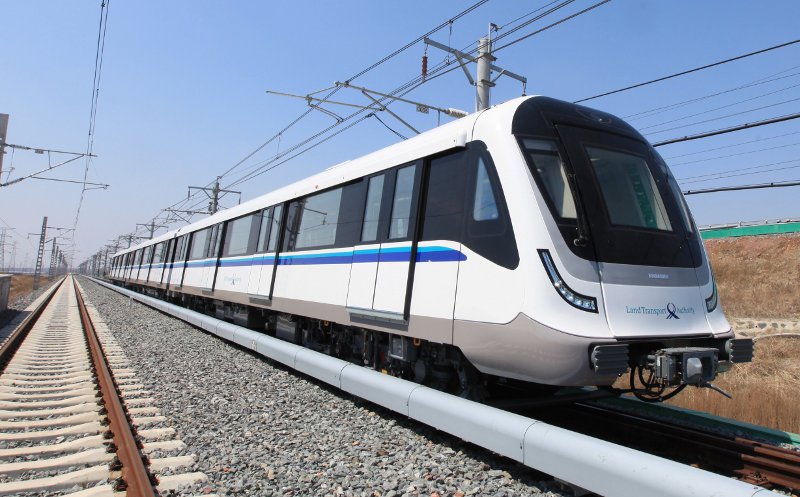 Rail technology leader Bombardier Transportation, along with the Land Transport Authority (LTA) of Singapore, is celebrating the final delivery of the MOVIA metro trains for the 42 km underground Downtown Line (DTL). This occasion was commemorated at a completion ceremony for the final three-car DTL train in Changchun, China which was attended by senior officials from LTA.

Bombardier has now completed production and the final delivery of all driverless MOVIA metro cars to Singapore will be completed by mid-2016. This total number includes the original contract of 219 cars awarded in 2008 and subsequent additional orders of 57 cars. The highly efficient MOVIA vehicles delivered for Stages 1 and 2 have been performing over an accumulative distance of 2.04 million km, providing passengers in Singapore a safe and comfortable ride.

“This milestone was achieved thanks to close collaboration between the Land Transport Authority of Singapore, Bombardier and other stakeholders,” commented Jayaram Naidu, Head of South East Asia for Bombardier Transportation. “The high quality interiors of the eco-friendly DTL trains have been designed with a strong passenger focus and manufactured to the highest standards demanded by our customer. Together with our JV partner, Changchun Bombardier Railway Vehicles Co. Ltd., we will complete our final deliveries to the highest satisfaction of LTA to successfully conclude our role in the Downtown Line project.”

The DTL has been a complex project with multiple sites, time zones and cultures. It is a truly international export project for Bombardier with project management from Singapore, engineering from Germany, bogie design from United Kingdom, propulsion from Sweden and vehicle manufacturing and assembly from China. The project was delivered in three stages; Stage 1 opened for passenger service in 2013 with 24 cars and Stage 2 in December 2015 with an additional 111 cars.

As part of Stage 3 deliveries, the remaining DTL trains will be shipped to Singapore immediately after the ceremony and will undergo a programme of on-site testing. These 141 high-capacity and energy efficient MOVIA metro cars delivered in the final stage are expected to start passenger service in 2017.