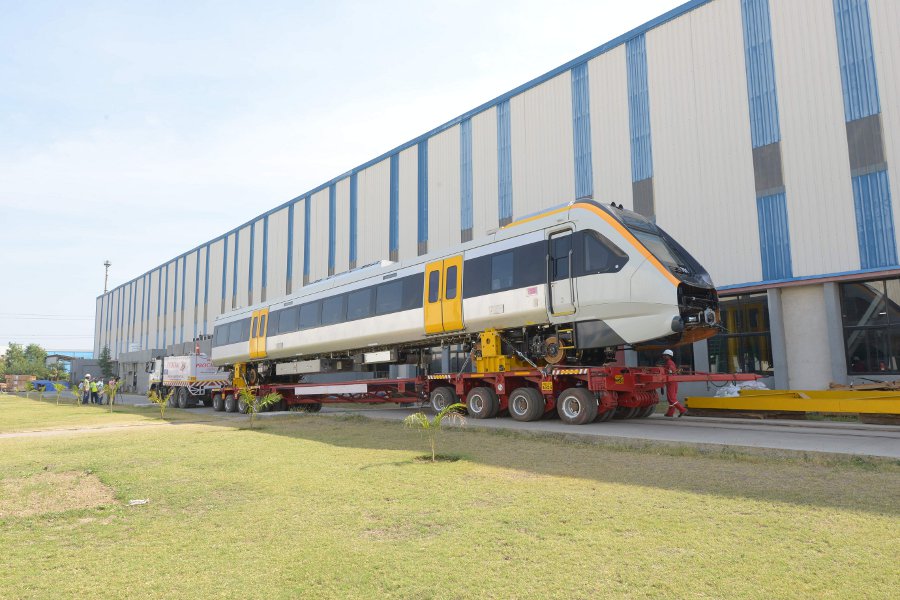 This is in addition to meetings with His Excellency Nadir Patel, the High Commissioner of Canada to India, A.K. Mittal, and A.K. Kapoor, both from the Railway Board of the Indian Ministry of Railways, as well as with Mangu Singh, Managing Director and H.S. and, Director Rolling Stock, both from Delhi Metro Rail Corporation (DMRC).

During a meeting with Bombardier officials, Hon. Narendra Modi, Prime Minister of India, said,
“I appreciate the efforts of Bombardier Transportation to invest in India through the Foreign Direct Investment (FDI) route. We acknowledge the contribution of Bombardier in supporting India’s “Make in India” and “Skill India” programme by producing trains for India and for exports from India”

Laurent Troger, President, Bombardier Transportation, said,
“Bombardier is actively collaborating in the Indian Government’s ‘Make in India’ program. From Savli, we are delivering high-quality trains for India as well as for important export markets, as demonstrated by manufacturing the new commuter trains for Queensland and metro cars for Delhi.”
He added,
“Bombardier has been investing in India for more than 50 years. With our well-established manufacturing operations, engineering capabilities, supplier base and highly skilled employees, we are committed to the transformation of rail transportation here in India and across the world.”

Bombardier also supports the Indian Government’s vision on ‘Skill India’ with locally-grown talent now delivering projects for both India and export, as well as supporting the ‘Clean India Movement’ by regularly arranging clean up drives in Vadodara, India.

All Aboard! First Eurostar Connecting Service To Geneva Starts This Sunday