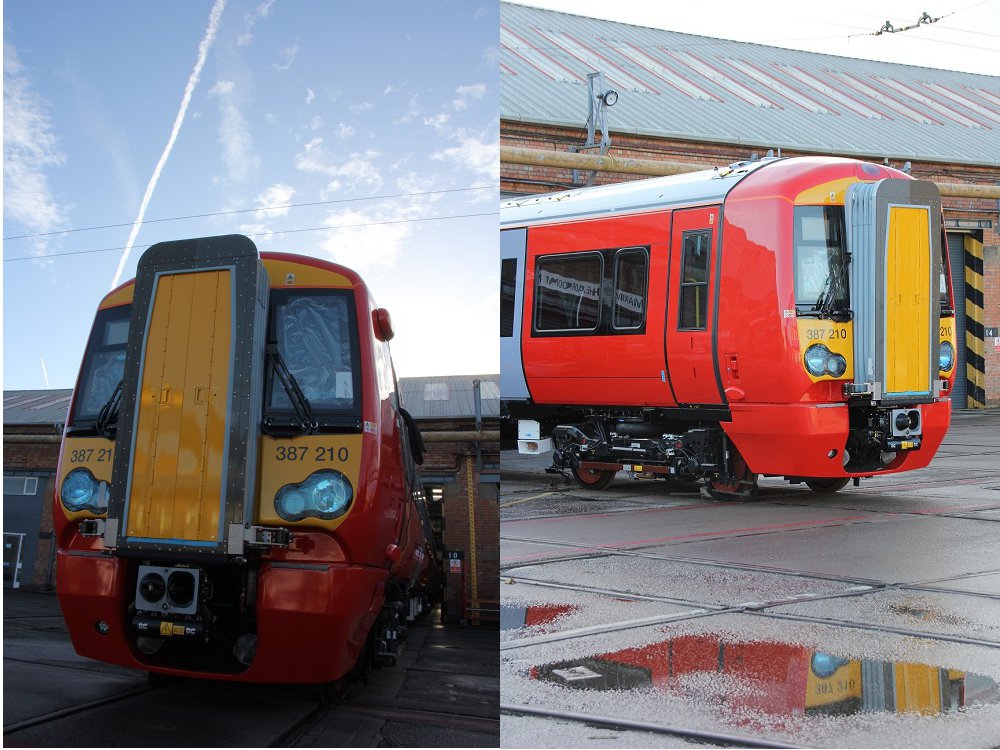 Rail technology leader Bombardier Transportation is celebrating the first new Gatwick Express Class 387/2 ELECTROSTAR train to enter into passenger service. The new train was officially launched on March 10, 2016 from Victoria Station, with help from Rail Minister Claire Perry, MP, then travelled on to Gatwick Airport for a ceremony attended by senior representatives from the rail industry.

Bombardier is manufacturing a total of 108 ELECTROSTAR vehicles for Govia Thameslink Railway (GTR). The 27 four-car Class 387/2s trains have been specially designed for the Gatwick Express route; key features include two double doors per vehicle with more space around them for easier boarding, 2×2 seating with more leg room and under-seat storage, more luggage space, Wi-Fi, air conditioning and the latest automated on-board service information in several languages. GTR announced in November 2014 that it had place the order for the new vehicles, to replace the 1980s-built trains which have previously been operating on the Gatwick Express service. The new trains will enter into service during the course of 2016.

Gatwick Express Passenger Service Director, Angie Doll said:
“This marks a real step-change in the journey experience for Gatwick Express passengers. The new fleet replaces 30-year old rolling stock which is not designed for today’s airport passenger, and the introduction of our new trains is just the start of some really exciting improvements yet to come.”

Designed and manufactured in Derby, the ELECTROSTAR has a proven track record for reliability and environmental performance and is used by numerous other UK train operators including c2c, Southeastern, London Overground, and Stansted Express. Over 800 Bombardier trains serve London every day, supported by 700 employees on 12 sites. The Gautrain railway in Johannesburg, South Africa, also operates ELECTROSTAR trains.

This is the latest in a series of contract wins and successful projects for Bombardier in London. On the Underground, Bombardier delivered the Victoria Line upgrade project on time and under budget, and is currently in the process of delivering the final new trains for the sub-surface lines. In addition, Bombardier has also delivered all the new rolling stock for the London Overground service, recently extended from four to five-car trains and the company also provides a maintenance service for those trains at Transport for London’s New Cross Gate depot. In 2014 Bombardier received the contract to deliver a fleet of 66 new trains, together with a new purpose-built depot at Old Oak Common, for the London Crossrail project.