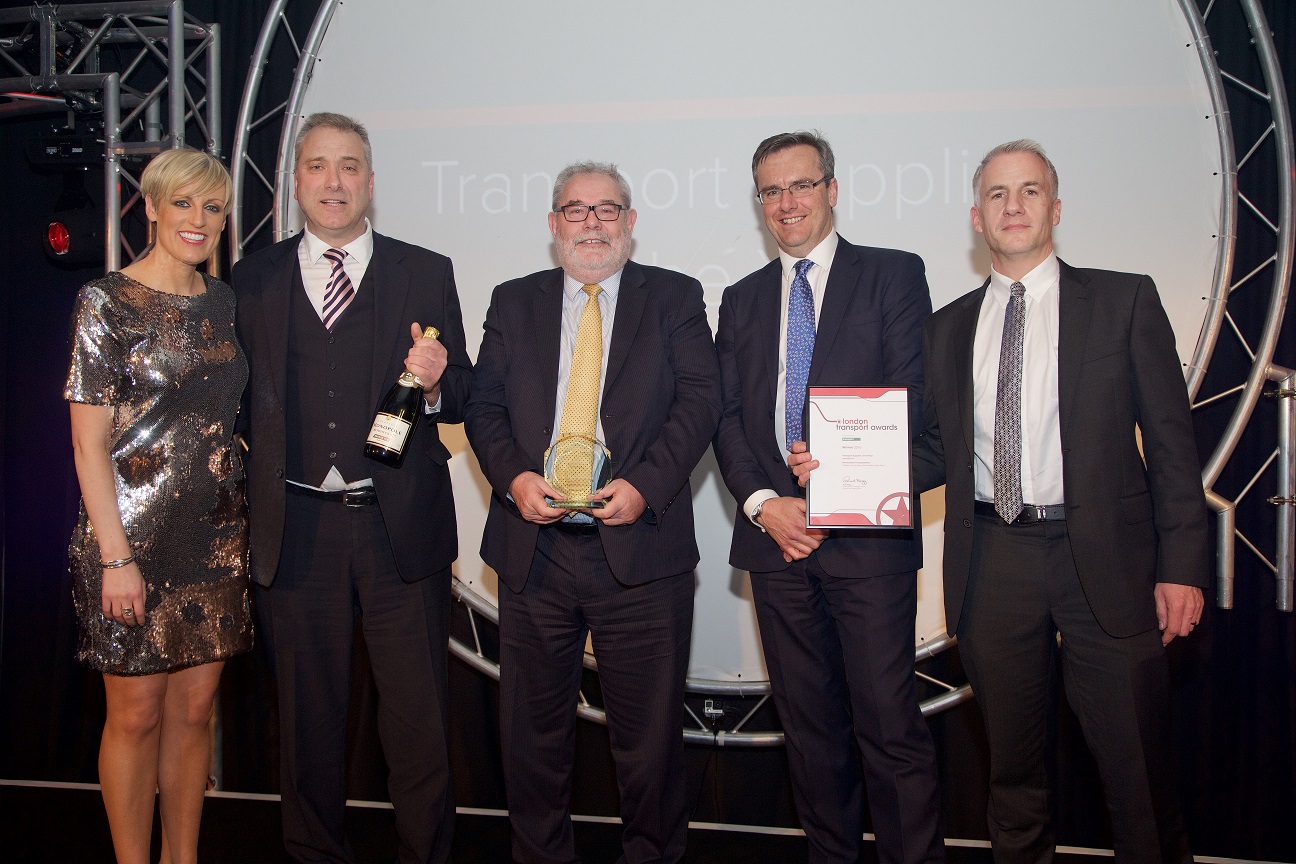 Rail technology leader Bombardier Transportation is celebrating its success at two rail industry awards recently held in London. The first was winning the Rail Engineer of the Future category at the prestigious Rail Business Awards held on February 25. Bombardier was also Highly Commended in the Rolling Stock category at this event. The second success was at the London Transport Awards where Bombardier won the Transport Supplier of the Year award on March 3.

Vehicle Design Engineer Ben Parry, who recently completed Bombardier’s Graduate programme, won the Rail Engineer of the Future category at the Rail Business Awards. This award, seeks to recognise young rail engineering talent. The judges noted that Ben had excelled during his training programme, showing real innovation and skill. Whilst at Bombardier he has developed a progressive solution for train weight-saving and also leads the promotion of his industry and profession through the Young Rail Professionals organization (YRP), where he is National Treasurer. Both these initiatives demonstrate a strong grasp of the issues affecting rail’s future.

Together with project partners Transport for London (TfL) and London Overground Rail Operations (LOROL), Bombardier Transportation was also Highly Commended at the Rail Business Awards in the Rolling Stock Excellence category. Bombardier provided 57 additional Class 378 BOMBARDIER ELECTROSTAR vehicles, used by TfL to turn their existing four-car fleet (also supplied by Bombardier) into five-car versions, operating on London Overground Lines. This was achieved through close collaboration with both TfL and LOROL, during a period of intensive and time critical change to the depot, stabling and station infrastructure to accommodate the longer trains, whilst maintaining fleet availability levels.

The London Transport Awards recognise excellence in transport and reward innovation and progress for transport initiatives in London.

Peter Doolin, Bombardier Transportation’s Vice President Projects, Crossrail & London Underground, said, “The Transport Supplier of the Year award is yet more industry recognition for our teams in Derby and London, who have produced world class performance through the design and delivery of ground breaking fleets of trains for TfL. We also provide ongoing technical support and collaborate with our customer to develop continuous improvement, in a true one team approach.”

Next stage of Halton Curve upgrade gets underway next weekend

Secretary of State for Transport returns to Dawlish