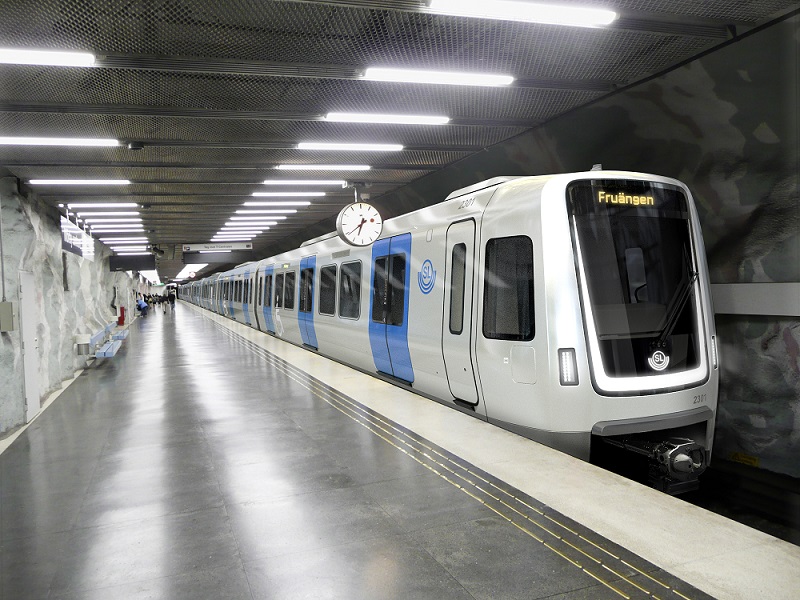 As one of Europe’s most rapidly growing cities, Stockholm is investing heavily in sustainable transport. The Red Line upgrade is a key project and from the outset, the C30 MOVIA has been designed to sharply increase Stockholm’s transport capacity and comfort. Compared the previous generation, also designed by Bombardier, the new metro features additional bi-parting doors for faster entry and exit and a mixed, four-by-four seating configuration with additional seats along the vehicle’s sides to optimize comfort, capacity and passenger flow.

The new design also reflects extensive dialogue with representatives of various interest groups. The number of designated priority zones has been increased to eight, ensuring ample room for persons with reduced mobility as well as providing extra room for those traveling with wheelchairs, baby carriages or extra-large luggage.

Based on Stockholm’s fundamental architectural and design characteristics of openness, modernity and diversity, the metro’s exterior also creates a timeless but modern impression. Its design language is based upon the “Open City” vision and its derived concept “New Minimalism” expresses pride, strength and motion. The interior layout has spacious gangways and features an innovative use of indirect light to create an open and bright environment.

Speaking of the new metro, Klas Wåhlberg, Managing Director of Bombardier Transportation in Sweden said,
“When public transport is attractive, sustainable travel will increase. With this metro design, Stockholm has taken this motto to an entirely new level to the benefit of both commuters and the city as a whole for many years to come.”

Bombardier was selected in 2013 to provide Stockholm with 96 MOVIA metro vehicles with an option for up to 80 addition vehicles. The four-car vehicles, fitted with a driver’s cab at each end, are also equipped with an advanced driverless functionality. The air-conditioned C30 MOVIA metros also feature an advanced passenger information system and fulfill the highest environmental standards regarding energy consumption and choice of materials, which are 98% recyclable. Energy-efficient BOMBARDIER FLEXX Eco bogies and the well-proven BOMBARDIER MITRAC propulsion system reduce maintenance costs and contribute to passenger comfort with minimal energy consumption and low noise.