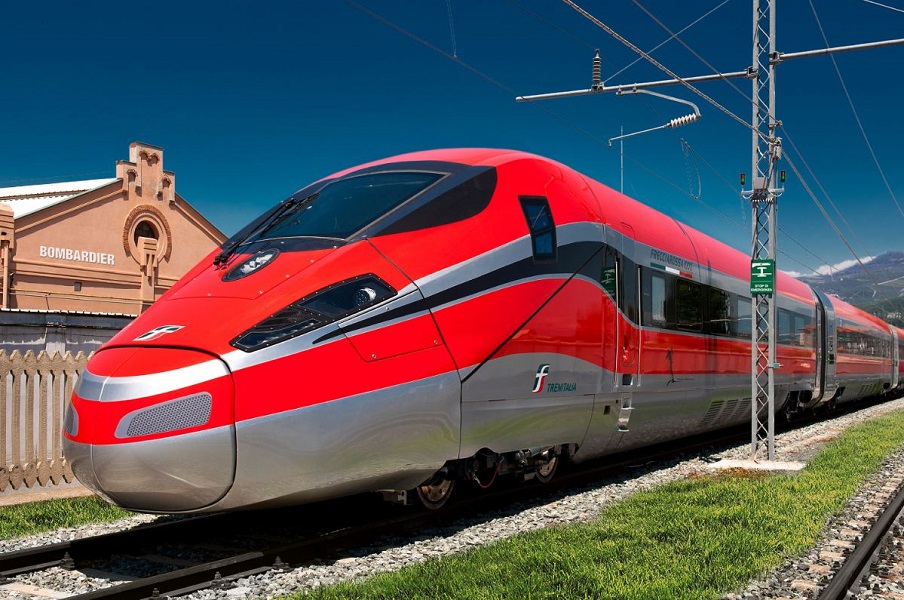 Rail technology leader Bombardier Transportation has won a 10-year contract to maintain Trenitalia’s fleet of 50 V300ZEFIRO very high speed trains, known in Italy as the Frecciarossa 1000. One of the most important fleet maintenance contracts awarded in Italy in recent years, the contract will be executed in association with Bombardier’s consortium partner AnsaldoBreda, an Italian rail transport engineering firm. Bombardier Transportation’s share of the contract is valued at approximately 154 million euro ($191 million US).

Jean Baptiste Eymeoud, Head of Services Execution, Bombardier Transportation, Western Europe, Middle East, Africa (WMA) said, “Our target is to optimise the availability and reliability of the new vehicles with the adequate preventive and corrective maintenance program once the vehicles enter revenue service by mid-2015. This contract and its duration represent a great achievement for the Frecciarossa 1000 and will reinforce Bombardier’s long-term commitment to Italy.” Bombardier’s services execution team in Italy is already responsible for the maintenance of more than 200 vehicles in the country.

Manufactured in partnership with AnsaldoBreda, the Frecciarossa 1000 is the newest member of the BOMBARDIERZEFIRO family of high-speed trains. With a top commercial speed of up to 360 km/h, the V300ZEFIRO is the fastest train in Europe and its advanced, high acceleration delivers excellent travel times, even on winding routes. It is also fully interoperable, meaning passengers can cross European borders without having to change trains. The V300ZEFIRO can also be adapted for use on networks in many other non-European countries.

Bombardier is a leading rolling stock manufacturer in Italy and is involved in many of the country’s most important rail projects. These include Trenitalia’s various electric locomotives such as the E464, the ETR500/FRECCIAROSSA high speed trains, the BOMBARDIER INNOVIA automated people mover 100 for Rome-Fiumicino airport, the BOMBARDIERFLEXITY trams for Milan and Palermo, propulsion systems for Rome’s new metro vehicles, and the traffic management systems installed in various sections of Italy’s rail network.

The Stephenson Conference – Research For Railways