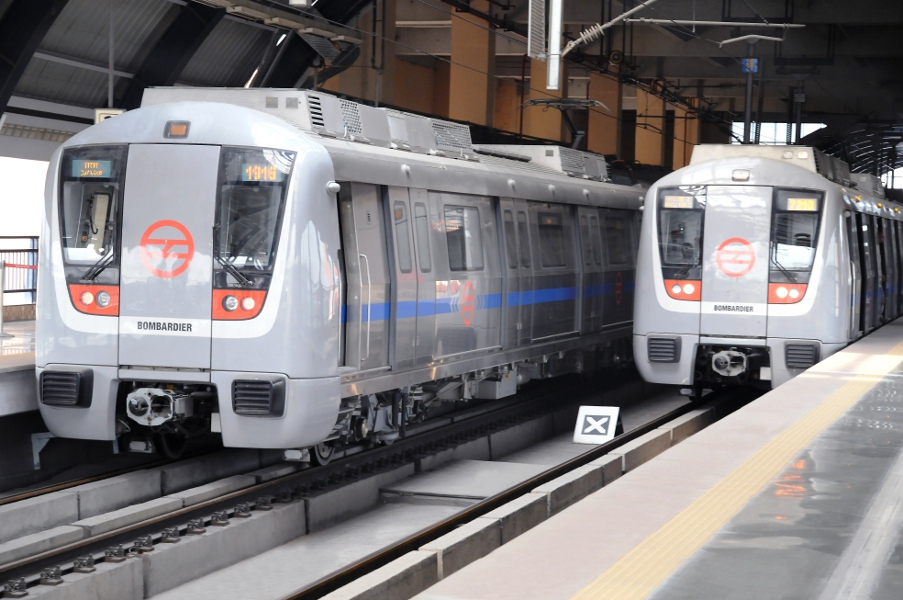 This order brings the number of BOMBARDIER MOVIA vehicles in the Delhi Metro fleet to 776, making it one of the largest metro fleets in the world.

Rail technology leader Bombardier Transportation has won a contract to supply 162 BOMBARDIER MOVIA metro cars to Delhi Metro Rail Corporation Ltd (DMRC). The new trains will increase the number of DMRC’s existing fleet of MOVIA metros from 614 to 776 and make it one of the largest metro fleets in the world. The order is valued at approximately 15 billion INR (204 million euro, 228 million US), and delivery will begin in the third quarter of 2016 and is expected to end in early 2018.

Harsh Dhingra, Chief Country Representative, India, Bombardier Transportation said,
“We are pleased to have received this new order for another 162 MOVIA vehicles for New Delhi. It is an excellent endorsement of our growing relationship with Delhi Metro who has already awarded us around $1.2 billion USD worth of rolling stock and signalling contracts. These additional trains will be delivered from our state-of-the-art manufacturing sites in Vadodara.”

The modern, high-capacity MOVIA metro vehicles integrate some of the world’s most advanced mobility technologies such as the BOMBARDIER MITRAC propulsion and control system and the BOMBARDIER FLEXX Metro 3000 bogies, an extremely robust and reliable design specifically adapted to suit Delhi’s existing infrastructure. In its six-car configuration, these new vehicles will accommodate 1740 passengers and once configured into eight-car sets, will carry as many as 2,400 passengers providing a much needed capacity increase on two of Delhi’s main metro lines.

The high degree of localisation executed in the project at both Savli and Maneja sites is in line with the Indian government’s ‘Make in India’ campaign that encourages local manufacturing. Bombardier is also Delhi Metro’s largest signalling solutions contractor with over 120 km of line in operation or in progress for Delhi Metro’s Line 5, 6 and 7.

After more than five decades of investing in India, Bombardier Transportation employs around 1,100 people in India. It operates a railway vehicle manufacturing site and bogie assembly hall at Savli near Vadodara, Gujarat. This is in addition to a propulsion systems manufacturing facility at Maneja, a Rail Control Solutions centre near Gurgaon, Delhi NCR and an engineering centre in Hyderabad that serves key projects worldwide.