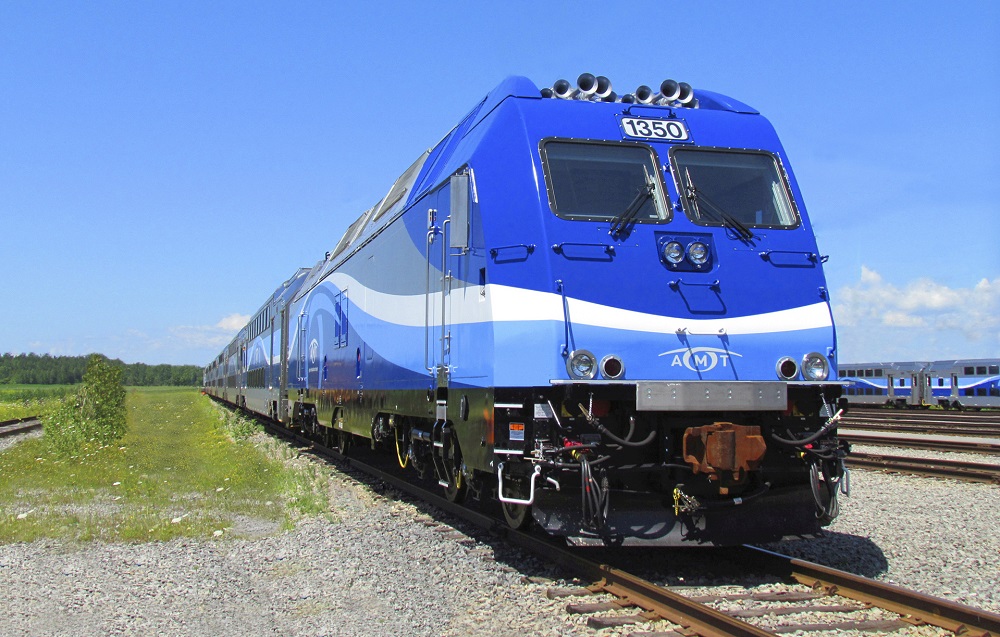 Rail technology leader Bombardier Transportation today announced that it has been awarded an eight-year contract by Montréal’s Agence Métropolitaine de Transport (AMT) for the Operations and Maintenance of the AMT commuter rail fleet on all of its six lines in the greater Montréal area. The contract is valued at approximately $331 million CAD ($246 million US, 231 million euro). The agreement includes a two-year option. The new contract took effect on November 18, 2016.

“AMT’s commuter rail service is one of the most important in North America and has been a growing success story for many years, and Bombardier is honoured to be a partner in its development.”
said Benoît Brossoit, President, Bombardier Transportation, Americas Region,
“This continued confidence in the quality of our services confirms Bombardier’s leadership position and highlights our strong services portfolio.”

Bombardier has been providing Maintenance services for AMT since 2010. With this new contract, Bombardier’s scope of work will not only cover the maintenance of AMT’s entire fleet of 264 coaches and 41 locomotives, but will also extend to the Operations of AMT’s commuter rail services. Over the past 12 months, Bombardier’s average on-time performance for maintenance of the AMT fleet has been 99.87 percent, offering market-leading results even in harsh winter conditions.

“Agence métropolitaine de transport is happy to continue its partnership with Bombardier”, said Stéphane Lapierre, Vice president Operations, at AMT.
“We have a longstanding positive relationship that is based on the common objective of bringing state-of-the-art mobility solutions to the Greater Montréal area”

Bombardier Transportation is the only global rail manufacturer with an important presence in Canada, with a workforce of more than 4,000 highly qualified employees. Every day, millions of Canadians in Montréal, Ottawa, Toronto and Vancouver rely on Bombardier urban rail vehicles and services to provide comfortable, safe and reliable public transit.

An established Bombardier customer, AMT is the second largest commuter train transit system in Canada and the sixth largest region in terms of traffic in North America, with an annual ridership of more than 19,000,000 on its commuter rail service. In addition to operating the commuter trains in the metropolitan area, AMT is the organization responsible for planning, integrating and coordinating mass transit services in the Greater Montreal area. Over the years, Bombardier has provided AMT with commuter rail cars, electric multiple units, dual-powered locomotives, as well as BOMBARDIER BiLevel and multilevel commuter rail cars.

Secretary of State for Scotland David Mundell with David Horne &...