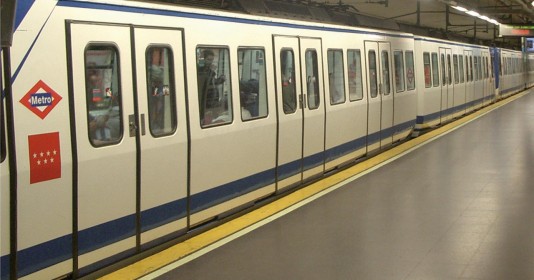 Bombardier Transportation announced today that its Bombardier and New United Group (NUG) Signaling Solutions Co. Ltd. (BNS) joint venture (JV) in China has won its first contract. The order from Changzhou Metro Co. Ltd. is to equip its Metro Line 1 with an advanced rail control system. The total contract value for BNS is approximately 226 million Chinese RMBs ($33 million US, 31 million euro). Bombardier owns 50% of the shares in BNS JV, which was established in 2015. Scheduled to open in 2019 the 34-km Metro Line 1 will run from north to south, linking residential and business districts and connecting to the high-speed rail and public bus network.

“We are very proud to have been selected by Changzhou Metro to provide our advanced rail control technology for the city’s first metro line”,
said Jianwei Zhang, President of Bombardier China.
“Bombardier’s CITYFLO solution will enable semi-automatic train operation on the line, planned to transport up to approximately 950,000 passengers per day at speeds of up to 80km/h. This will significantly improve the travel time for passengers across the city.”

Bombardier is a major signaling provider for China’s urban mass transit markets and the CITYFLO solution is a proven choice to provide safe and reliable operation for large-scale metro lines. In China, the system is in operation on metro lines in Shenzhen and Tianjin. In addition APM systems, controlled by CITYFLO, are running in Guangzhou, Beijing and soon in Shanghai. Around the globe, the system is in service or delivery on 35 lines including in cities in Brazil, Germany, India, Malaysia, Saudi Arabia, Spain, Thailand, and the US.

Recognized as the most successful foreign rail transportation company in China, Bombardier has six joint ventures and seven wholly foreign-owned enterprises, manufacturing a broad portfolio of solutions that includes urban mass transit vehicles, high speed trains as well as propulsion and control equipment, signaling solutions and tailored services. Together, the joint ventures have delivered more than 3,500 high speed railway passenger cars and over 2,000 metro cars to China’s growing urban mass transit markets, all of which use Bombardier propulsion equipment. Bombardier propulsion equipment is also largely supplied to other third party metro car builders and are used in total 19 Chinese cities.

Exclusive Interview With SBB On Deport Modernisation And Upgrades