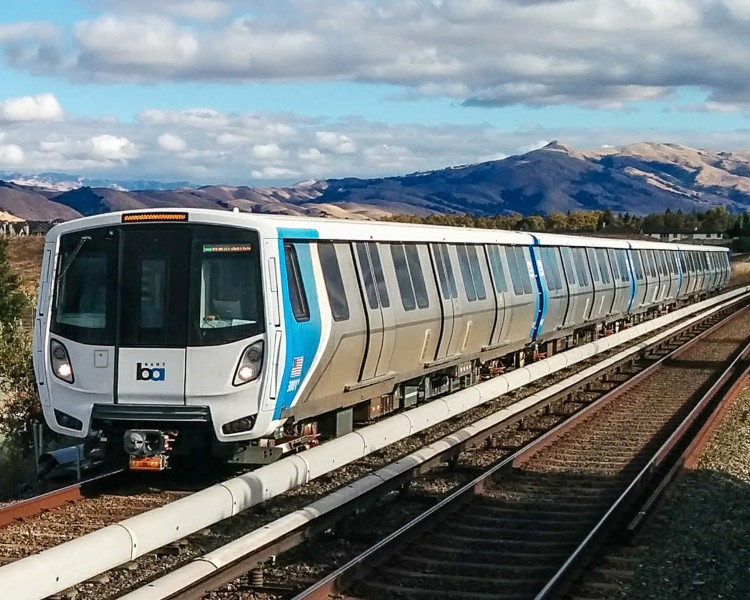 Bombardier is supplying 775 new rail cars for BART’s ‘Fleet of the Future’. Twenty cars have been delivered from Bombardier’s U.S. manufacturing site in Plattsburgh, New York. The remaining cars are scheduled to be delivered by Fall 2021.

“Our customers are going to love these cars,” said BART General Manager Grace Crunican. “Some of the great new features that we are most excited for, and we know our customers will be too, are the three doors on either side for easier boarding, next stop information displays, comfortable seats, air conditioning, and most importantly the spaciousness. These cars are more energy efficient and quieter than the old fleet. We are thrilled.”

Benoit Brossoit, President, Americas Region, Bombardier Transportation, said, “We are pleased to reach this important milestone in the “Fleet of the Future” program and we are proud to be contributing to the rejuvenation of the fleet running on one of the busiest rail systems in the United States. We look forward to continuing to work with BART to provide its customers with rail cars that set new standards for safety, reliability and comfort.”

The new cars will replace BART’s entire existing fleet and better serve its record ridership and expected growth. The cars incorporate state-of-the-art, environmentally-friendly technologies and include input from Bay Area citizens who had the opportunity to provide feedback on the car’s design through an extensive public outreach program.

The cars are powered by highly reliable BOMBARDIER MITRAC propulsion equipment with energy-efficient inverters and regenerative braking. The cars’ onboard systems will be integrated by the MITRAC train control and management system with internet protocol technology.

Other transit systems in the Americas for which Bombardier is also manufacturing and delivering next generation rail cars include New York City Transit (300 metro cars), the Société de transport de Montréal (468 metro cars as part of a consortium with Alstom), and the Toronto Transit Commission (204 streetcars).