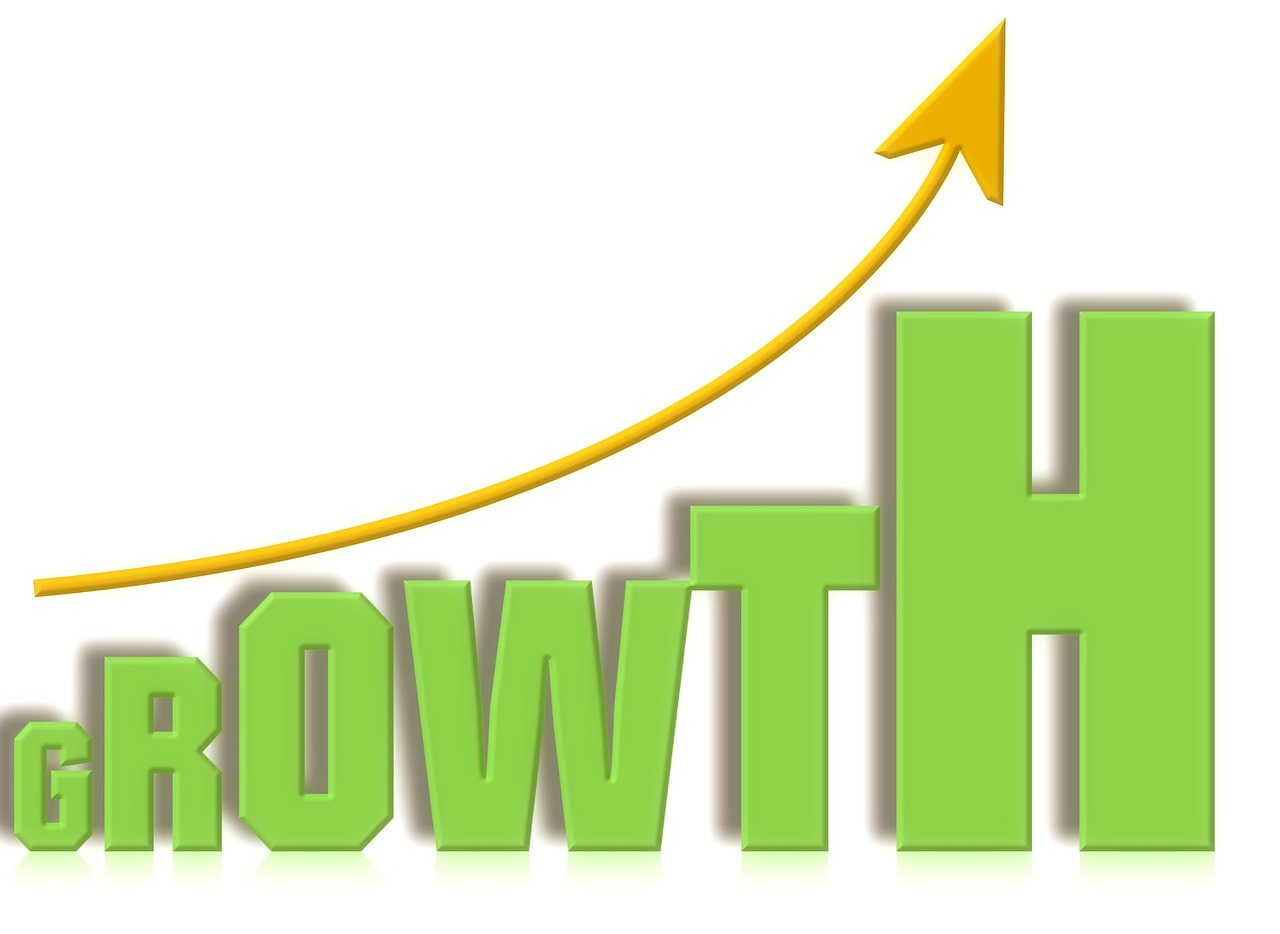 In the past financial year 2015, Vossloh achieved the operational development goals forecast by management. Sales, earnings and cash flow all recovered noticeably. Net financial debt was significantly reduced while the equity ratio was enhanced considerably. In addition, substantial progress was made on the road toward the transformation of the company into an industry leader that is purely focused on rail infrastructure. Thus, the sale of the Spanish locomotive business to the Swiss company Stadler Rail AG was completed with effect from the end of December 31, 2015. As a result of the transaction, the equity of the Vossloh Group was raised and the net financial debt reduced. The financial figures for the year
2015 are not comparable with the originally reported figures from preceding years anymore due to the deconsolidation of the divested activities. For the year 2014, comparable figures are presented with the annual financial statements for 2015.

Group sales rose by 9.1 percent to EUR1,200.7 million in 2015. Compared to the current average growth of the market for rail technology, which experts (UNIFE) estimate at 2.8%, Vossloh grew significantly stronger, as planned. Positive sales effects of EUR37.5 million were achieved from translation of exchange rates in the financial year 2015 as compared with the prior year. With the sales increase and ongoing efficiency programs, the Group’s earnings before interest and taxes – EBIT – improved from comparable EUR18.8 million (adjusted for one-time items) in the prior year to EUR45.1 million in2015. For 2014, a negative EBIT (including one-time items) of EUR183.4 million incurred because, following an extensive status analysis, significant corrections to balance sheet valuations and appraisals of business development had to be undertaken as well as restructurings had to be initiated for the majority of the business units. Compared to the prior year, effects from the translation of
exchange rates had a positive effect on the Group EBIT in 2015 of EUR2.7 million. The EBIT margin in the financial year 2015 was 3.8% after a comparable 1.7% in the prior year.

The sales increase of the Vossloh Group in the financial year 2015 is primarily a result of the expected significantly higher sales in the Transportation division. Revenues increased by 54.1% to EUR357.3 million (prior year: EUR231.9 million). Sales growth was mainly attributable to the Electrical Systems business unit where revenues increased in particular with the planned processing of larger projects by 73.5% to EUR249.5 million (prior year: EUR143.8 million). Vossloh Locomotives was also able to report a substantial increase in
sales in 2015. With revenues of EUR109.5 million, the prior year’s figure of EUR90.0 million was exceeded by 21.6%. The Transportation division’s EBIT also improved along with the sales increase from -EUR164.0 million to EUR5.0 million in 2015. Excluding one-time
items, EBIT in 2014 would have been at a comparable EUR45.3 million. In the financial year 2015, orders received in the Transportation division were at EUR264.0 million and thus close to the prior year’s level of EUR275.8 million. Orders received in the Locomotives business unit of EUR115.9 million were 34.0% above the prior year’s figure of EUR86.5 million. In the financial year 2015, Vossloh Electrical Systems recorded incoming orders of EUR150.0 million. The prior year figure of EUR190.9 million had been influenced, inter alia, by a major order from the US in the amount of about EUR50 million. As part of the strategy that Vossloh has been following since December 2014 of focusing the company on the core business of
rail infrastructure, plans are still in place for the two remaining business units in the Transportation division to be sold or transferred to one or several partnerships not controlled by Vossloh by 2017 at the latest.

In the financial year 2015, sales growth in the largest of the Group’s three core divisions, Customized Modules, was higher than expected. Revenues increased by 10.6% to EUR523.0 million (prior year: EUR473.1 million). In addition to noticeable sales growth in Sweden, it was also possible to achieve significant sales contributions in Finland and to expand the market position in Northern Europe. EBIT in the division improved as a result of expanded sales and efficiency enhancements by 30.9% to EUR34.4 million from a comparable figure adjusted for one-time items of EUR26.3 million in the prior year. Including one-time items, EBIT in 2014 was at -EUR50.7 million. The EBIT margin in financial year 2015 amounted to 6.6% after a comparable 5.6% in the prior year. In 2015, the Customized Modules division recorded incoming orders of EUR512.0 million, 11.6% more than in 2014 (EUR458.7 million).

In the Core Components division, sales of EUR256.6 million in financial year 2015 remained below the level of the prior year (EUR331.0 million) as expected. In 2015, it was not possible to repeat the extraordinarily high sales in China, in particular, of the prior year. Also contributing to the sales decrease was a weaker development in other countries, including Turkey, Russia and Thailand. Compared to the prior year, the division’s EBIT declined from an adjusted EUR47.6 million to EUR29.2 million. In the financial year 2015, Vossloh reduced the number of employees in the Fastening Systems business unit in Werdohl, which is part of the division. Background for the cost reduction measure is the ongoing competitive pressure in a number of regional markets. Despite the decrease in sales in 2015, the Core Components division’s margin remained in double digits. It was at 11.4% after an adjusted 14.4% in 2014. Incoming orders in the division amounted to EUR251.6 million (prior year: EUR347.2 million).

In the Lifecycle Solutions division, revenues in 2015, buoyed by positive development in stationary services as well as the first-time consolidation of the joint venture in Finland, increased by 3.1% to EUR71.7 million (prior year: EUR69.6 million). Lifecycle Solutions
not only achieved higher sales in Northern Europe in 2015 as compared to the prior year, but also in China. The share of international sales in 2015 was nearly 30%. EBIT in the division of EUR5.5 million did not change as compared to the adjusted figure from 2014. Including one-time items, EBIT in the prior year were at EUR3.5 million. The EBIT margin of 7.7% in 2015 also remained nearly unchanged as compared to the comparable figure from the prior year (7.9%). Beyond the pure on-demand order business, the Lifecycle Solutions division recorded incoming orders in the past financial year of EUR69.2 million (prior year: EUR72.9 million).

With the operational recovery and the capital gain from the sale of the Spanish locomotive business, the equity of Vossloh recovered substantially as of December 31, 2015 as compared to the prior year. On the balance sheet date of the reporting year, it was EUR428.7
million (prior year: EUR349.6 million). The equity ratio also improved to a solid 31.2% after experiencing a decrease in 2014 to 21.8% due to the necessary adjustments. The net financial debt for the Vossloh Group was reduced significantly in 2015. It was EUR200.1
million at the end of the year after EUR283.0 million on December 31, 2014. Contributing to the decrease in liabilities was the noticeably higher cash flow from operating activities of EUR107.8 million (prior year: -EUR42.2 million) as well as the net cash inflow from the sale
of the Spanish locomotives business from Transportation.

For 2016 and 2017, Vossloh management continues to adhere to its forecast for business development that was confirmed already in December 2015. For the financial year 2016, as in the years before, Vossloh anticipates a hesitant start that is typical for the business. Nevertheless, sales of between EUR1.2 and EUR1.3 billion are forecast for the Group in the current year along with a further increase in revenues. Sales growth is expected in particular for the Core Components division as well as for the Electrical Systems business unit.

The EBIT margin 2016 is to increase to between 4.0% and 4.5%. For 2017, on the basis of the current portfolio structure, management expects an EBIT margin of between 5.5% and 6.0%. In a future portfolio structure without the Transportation division, significantly higher profitability is to be expected. With the steps that have been taken and the improved positioning of the Group, Vossloh believes that it is financially, operationally and strategically well prepared for the targeted further profitable growth of the company.

Vossloh is a global player in the rail technology markets. Our core business is rail infrastructure. In addition, the Group is active in the areas of rolling stock and electric buses. Since January 1, 2015, the activities of the Group have been divided into the four divisions
Core Components, Customized Modules, Lifecycle Solutions and Transportation. In the financial year 2015, Vossloh generated sales of EUR1.2 billion with approximately 4,900 employees.

Train saluted by The Fusiliers