Home News Check before you travel ahead of Easter railway upgrades 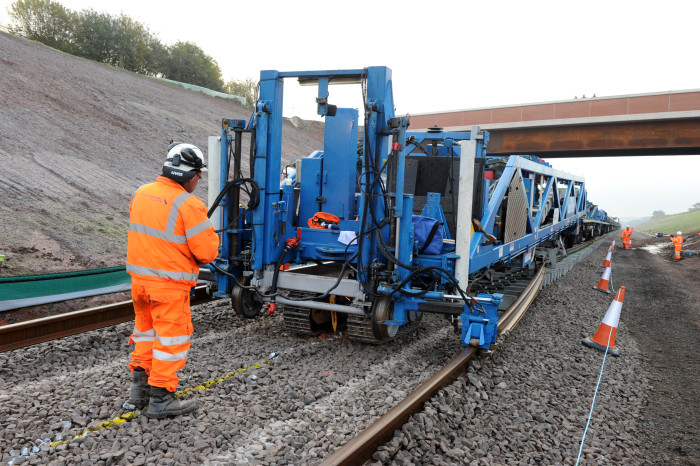 Millions of passengers will benefit from major railway improvements being carried out this Easter – but they are being urged to check before they travel as some journeys will be affected over the bank holiday weekend.

As part of its £40bn Railway Upgrade Plan, Network Rail will carry out the biggest ever Easter investment programme to help provide passengers with a better, more reliable railway. To do this there will be some changes to the normal timetable as the quieter period of travel is maximised to deliver the most amount of work.

In the West Midlands, the £250m upgrade of the railway between Stafford and Crewe will be virtually completed when a new flyover at Norton Bridge opens to trains, removing one of the last bottlenecks on the West Coast main line.

Elsewhere, a major junction – which allows trains to change tracks and routes – is being replaced between Birmingham and Wolverhampton to make it more reliable in the future. This will mean there will be a significantly reduced service between Birmingham New Street and Wolverhampton over the Easter weekend and for the Tuesday and Wednesday afterwards.

Passengers are being advised to check before they travel over the Easter bank holiday weekend either with their train operator or at www.nationalrail.co.uk.

Martin Frobisher, route managing director for Network Rail, said:
“We are advising passengers to check before they travel over the Easter bank holiday and in some locations after that, as we make a big investment to provide passengers with a better railway.

“At Stafford, our orange army will be working day and night to link the new flyover – which will carry trains between Birmingham and Manchester over the West Coast main line at Norton Bridge – to the rail network. This will remove one of the last major bottlenecks on the route and to help deliver the capacity to run more freight and passenger services.

“The upgrade between Birmingham and Wolverhampton is essential to maintain a reliable infrastructure and involves a significant amount of work. It has been carefully planned to be completed as safely and quickly as possible.

“I appreciate there will be some disruption as a result of this work and I’d like to thank passengers for their patience while we carry out this investment to provide a better railway.”

Steven Fisher, head of regional services at London Midland, said:
“These projects will make train travel simpler and provides much needed capacity. They will make it easier for trains from London, the midlands and the north west to pass through the area meaning passengers can expect more reliable journeys.”

Phil Bearpark, executive director operations and projects for Virgin Trains, said: “We understand that improvement works impact on passengers. Passengers who are travelling on the West Coast Mainline over the Easter period should check their journey before they travel. We have worked closely with Network Rail and industry partners to ensure alternative travel arrangements are in place wherever possible and to keep disruption to a minimum whilst this important work is carried out.”

CrossCountry managing director, Andy Cooper, said:
“We have worked closely with our industry colleagues to keep disruption from these works to a minimum, but anyone planning to travel by train over Easter should check their journey as there will be some changes to services between Birmingham and Manchester. However, the long term benefits to our customers from this will be faster journeys between these cities and more capacity to meet growing demand for rail travel.”

An Arriva Trains Wales spokesperson said:
“We are asking all our customers who travel between Birmingham and Shrewsbury to check their journey plans before they travel as our services will be departing earlier than usual in both directions over this period.

“A rail replacement bus service will be running between Chester and Manchester Piccadilly on Saturday and Sunday and between Chester and Warrington Bank Quay on Easter Friday and Easter Monday.Passengers are advised to leave more time for their journey and we regret that dogs (except Guide Dogs), cycles, prams and large items of luggage cannot be carried on replacement bus services.”

The upgrade at Norton Bridge, near Stafford, is the culmination of more than four years’ work to allow trains travelling to and from Birmingham and Manchester, via Stoke-on-Trent, to travel over the existing railway on a newly built bridge, rather than having to slow down and criss-cross the existing tracks. This will help to reduce congestion on the line – as trains currently have to slow down to change direction – and help provide additional capacity as it allows more trains to travel through the area which is on one of the busiest rail routes in Europe.

The work will mean London Midland, CrossCountry and Virgin services through the Stafford area are affected from the last trains on Thursday 24 March to the first trains on Tuesday 29 March.

The work between Birmingham and Wolverhampton will significantly reduce the number of trains between the two cities but will last for an additional two days after the Easter weekend.

On top of the work at Stafford over 15,000 members of Network Rail’s orange army will be working over the Easter weekend across Britain to deliver a £60m package of work as part of the £40bn Railway Upgrade Plan to provide a bigger, better, more reliable railway for passengers. New station facilities, longer platforms, extra tracks, new junctions and thousands of pieces of new, more reliable equipment will be installed and delivered.

Over 450 projects will be carried out, the majority of which will have no impact on passengers. The work is timed to take advantage of a quieter time of the year when, on average, fewer than half the usual 4.5m people use the railway each day – enabling Network Rail and train operators to minimise disruption as much as possible.

Passengers from the West Midlands may also be affected by work taking place in the Manchester area and on the route to London Euston via Northampton. Checkwww.nationalrail.co.uk for the latest information before travelling.