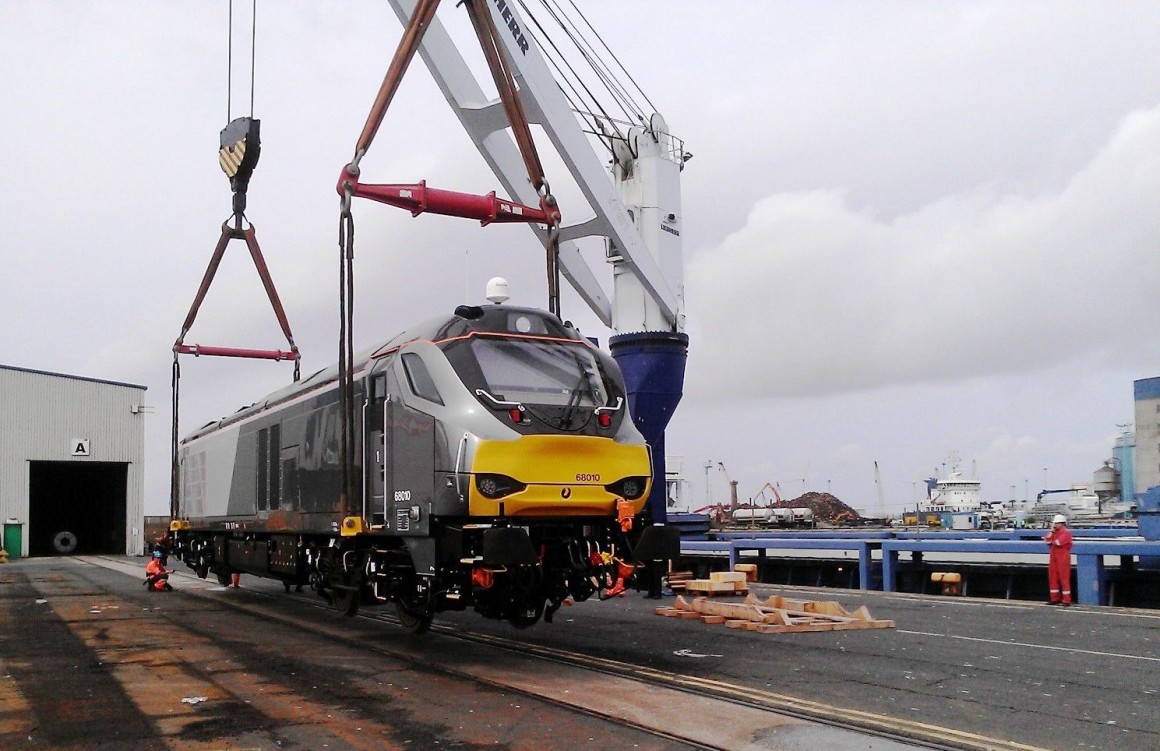 Chiltern Railways has signed an agreement with Carlisle-based rail company Direct Rail Services  (DRS) for six Class 68 locomotives as part of a programme of continued investment in its Birmingham to London Marylebone Mainline route. Chiltern will introduce the ‘Class 68s’, the most up-to-date diesel locomotive available in Europe, onto their entire Mainline silver locomotive hauled Mark 3 train fleet, which operates between London Marylebone and Kidderminster.   A key aspect of the investment provides scope for future expansion thanks to the locomotive’s superior haulage capability.   The investment in new locomotives is just one of the improvements that the company has made for the benefit of rail passengers on the Chiltern route.  In 2011, Chiltern reduced its London to Birmingham journey times following the completion of the £130m Evergreen 3 project infrastructure upgrade project.  As part of the launch of the upgraded service, Chiltern introduced free Wi-Fi on all trains between the two cities, the first train company to do this without charge as well as launching the first ever premium economy style, Business Zone.  In 2012,they introduced a fourth Mark 3 set, added an additional carriage to the other three sets and modified the silver coaches with power operated doors – a first for the UK’s Mark 3 fleet.  Refurbishment of the company’s Class 168 Clubman trains commenced in 2013 and continues through 2014. The locomotives, constructed at Vossloh’s plant in Valencia, Spain have been supplied under a sub lease from DRS and will be numbered 68010 to 68015.  The first vehicles will arrive with Chiltern in the Autumn of 2014 for driver training and it is planned that they will be used in passenger service from Winter 2014.  They will be serviced at Chiltern’s Wembley and Stourbridge depots with some heavy maintenance carried out at DRS’s facility at Crewe Gresty Bridge or Carlisle Kingmoor.   Rob Brighouse, Managing Director of Chiltern Railways said,
“The introduction of new locomotives marks yet another key milestone as part of our investment in the Birmingham to London Marylebone route.  Their addition not only updates our fleet with the most up-to-date diesel locomotives in the UK, it allows us to prepare for future expansion as demand for our line increases.” Neil McNicholas, Managing Director of DRS said
“DRS are proud to support Chiltern Railways in this exciting project that will see the Class 68 Locomotive delivering industry leading levels of performance, reliability, fuel efficiency as well as environmental credentials. Working in partnership we are focused on delivering the highest possible standards to meet Chilterns long-term franchise requirements and providing exceptional service delivery to the customer.”