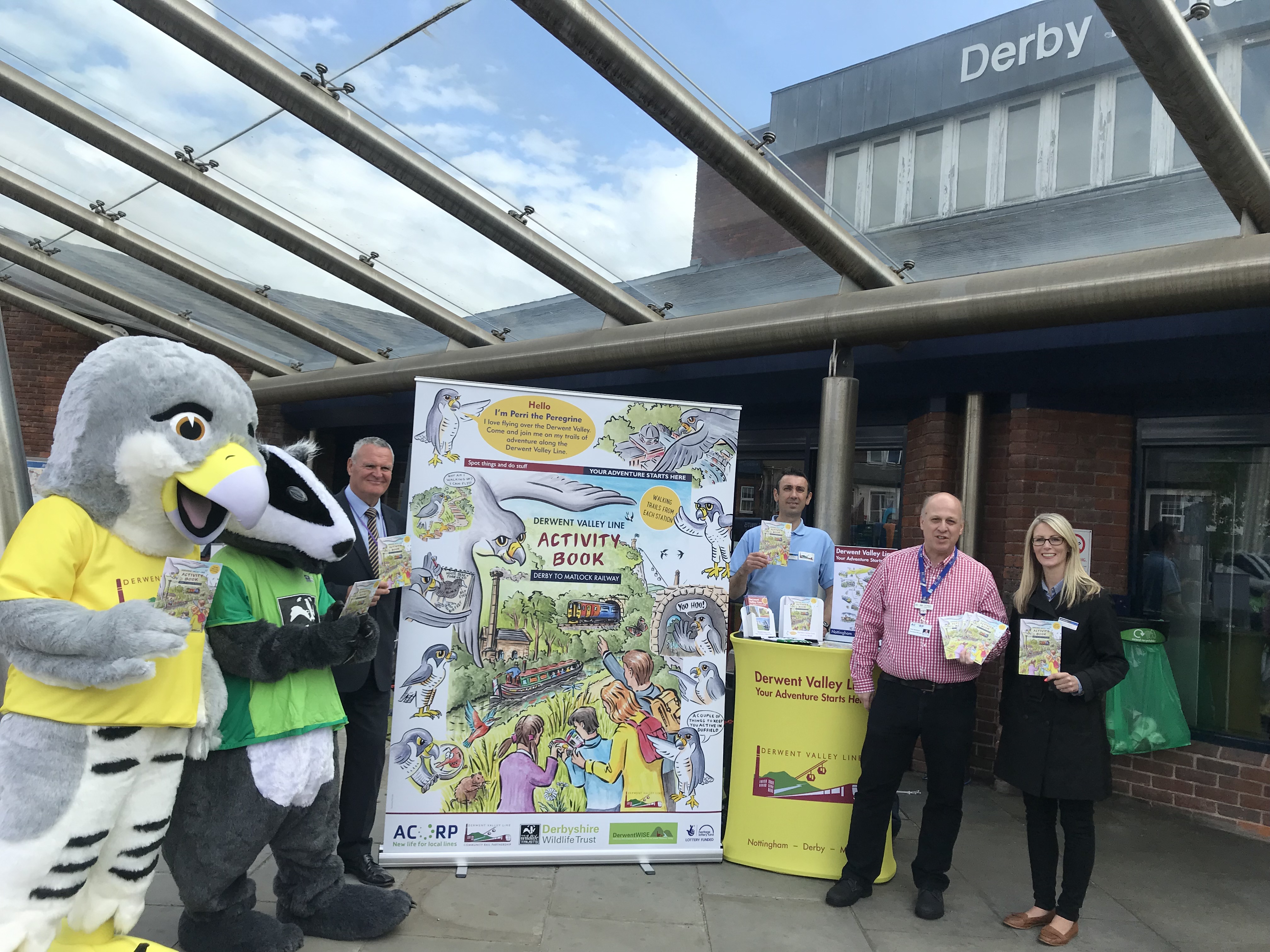 East Midlands Trains hosted two Peregrine Falcons and helped to launch a children’s activity book as part of its celebrations for ‘Community Rail in the City’ day.

‘Community Rail in the City’ is an increasingly widespread celebration aimed at developing tourism and travel for recreation on Britain’s community rail routes, encouraging thousands of passengers to explore epic landscapes, coastal scenes, and sites of historic interest.

The activity book has been produced for families to discover the wonderful heritage and landscape of the Derwent Valley through a series of activity trails. In the booklet, ‘Perri the peregrine’ is the guide to family walking trails from each station between Duffield and Matlock along with numerous child orientated activities that are featured throughout the book.

The character of Perri has been based upon the falcons that nest in Derby Cathedral and on Belper Mill. Two peregrine falcons also made an appearance, as well as ‘Perri the peregrine’; the books mascot and Bertie the Badger from Derbyshire Wildlife Trust. On Wednesday 22 May, Perri visited Derby, Nottingham and Leicester to hand out copies of the booklet.

Also on hand were volunteer station adopters from the North Staffs Line who help to keep stations clean, colourful and inviting with planting, painting and artwork. They gave out 500 free goody bags to passengers throughout the day, as well as bags of sweets as part of EMT’s Treats programme.

On Friday 17 May, North Nottinghamshire & Lincolnshire and The Poacher Line Community Rail Partnerships took a group of Separatist Pilgrims to Kings Cross Station in London to promote ‘Mayflower 400’, a year of events to celebrate the 400th anniversary of the sailing of The Pilgrim Fathers from rural Nottinghamshire and Lincolnshire to a life in The New World. Passengers were also treated to EMT Treats chocolate bars.

Donna Adams, Community Rail and Stakeholder Manager for East Midlands Trains said: “East Midlands Trains is proud to support Community Rail in the City. This year we supported lots of activities at our stations, nationally and on train to help promote local railway lines. From creating clay figures to being up close to peregrine falcons, to learning about the Mayflower 400 celebrations, providing the opportunity to inspire others to travel to these scenic community rail lines.”