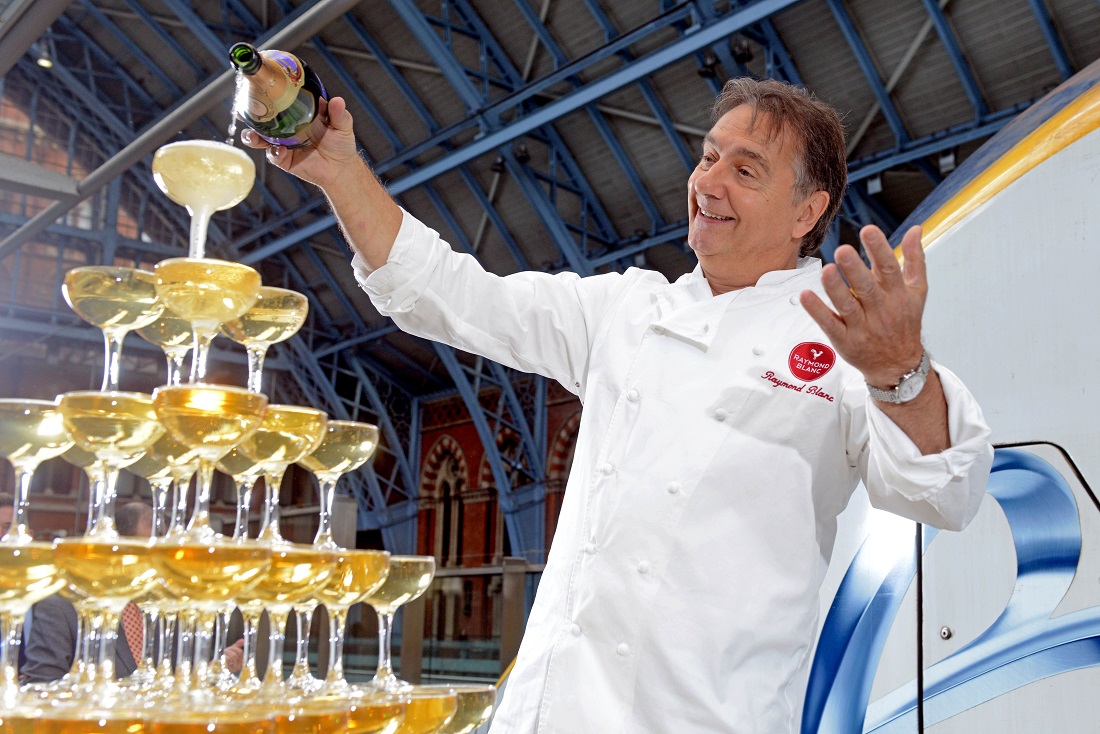 Passengers on the 10:25 service from London St Pancras were welcomed on board with a special announcement from Eurostar’s Business Premier Culinary Director and Michelin starred chef Raymond Blanc who hosted the tasting alongside his very own sommelier from Belmond Le Manoir aux Quat’Saisons, Arnaud Goubet.

Travellers in all classes were served three types of Champagne to sip one by one guided by leading wine expert and sommelier Arnaud Goubet. Passengers were also given a slice of Opera cake selected by Raymond Blanc to complement the Champagne.

Shortly after the tasting finished on UK tracks, the official GUINNESS WORLD RECORDS adjudicator raised her glass to announce to passengers that a new record title had been set for the Largest Champagne Tasting Event, with 515 taking part.

Raymond Blanc, Eurostar’s Business Premier Culinary Director said:
“I’m honoured to have been on board this special service to celebrate Eurostar’s 20th Anniversary and set a new GUINNESS WORLD RECORDS title for the Largest Champagne Tasting Event! The Champagnes were carefully selected and I hope everyone will join me in raising their glass to mark this momentous occasion.”

The tasting also marks two years since Eurostar and Raymond Blanc joined forces to transform the on board dining experience for Business Premier passengers. Renowned for his passion and innovative culinary expertise, Raymond works with each of Eurostar’s three kitchens to create seasonal menus combining the best of British and French cuisine and featuring sustainable ingredients of local provenance.

Marc Noaro, Service and People Director, Eurostar, said:
“Today marked the start of our 20th anniversary celebrations and we’re delighted to have shared this special occasion with our passengers who joined in the festivities and set a new GUINNESS WORLD RECORDS title.

“With a leap in passenger numbers to 145 million, as well as the introduction of new routes and new destinations, there are plenty of reasons to celebrate this year. From our birthday on 14th November, we’ll be hosting a series of events for customers to commemorate our birthday and thank them for their support over the past two decades.”

Eurostar passengers can look forward to a series of events and promotions in Eurostar stations over the coming weeks to help celebrate 20 years of Eurostar.
For more information or to book Eurostar tickets visit www.eurostar.com or call the Eurostar contact centre on 08432 186 186.