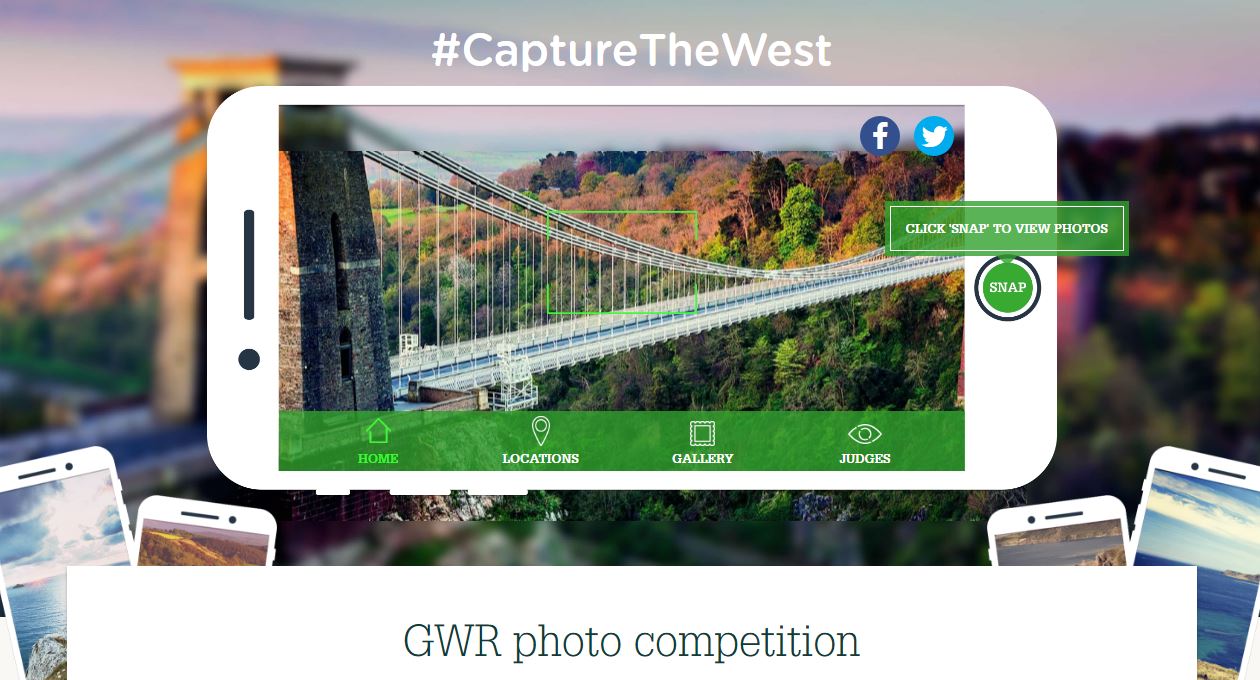 Great Western Railway (GWR) is excited to announce the launch of #CaptureTheWest, www.gwr.com/capturethewest, a smartphone photography competition, to celebrate National Photo Week. The competition judges are Good Morning Britain Weather Presenter, Alex Beresford; Editor of Wanderlust Magazine; Phoebe Smith; Design and Production Consultant for National Trust South West, Liz Luck, and author of Pommie Travels Victoria Brewood.
The #CaptureTheWest competition is open to everyone over the age of 18. To enter simply take a smartphone photo of a beautiful location in the South West of England, South Wales or London. Then upload the image to Instagram or Twitter using the #CaptureTheWest hashtag and tagging the location. All qualifying submissions will feature in a gallery and interactive photomap at www.gwr.com/capturethewest

One winner will be chosen every week by a different guest judge during the four-week duration of the competition. Victoria Brewood will judge the first week; Phoebe Smith the second; Liz Luck will judge week three, and Alex Beresford will complete the judging in week four. Each winner will receive a pair of first class tickets to be used anywhere on the GWR network. The competition closes at midnight on 21 August 2016.

#CaptureTheWest follows on from the success of the award-winning Frame Your Train competitions, now expanded to include photos taken from any South West England, South Wales and London location.

Dan Panes, GWR’s Head of Communication, said:
“GWR service some of the most photographic destinations in the UK and we want to celebrate this by encouraging everyone to pull out their smartphone and capture the stunning locations.”

With over 9,500 services a week to beautiful destinations such as Bath, Bristol, Penzance and Brighton, the four lucky winners have the opportunity to become a great westerner; exploring more photographic destinations of the UK.

ABOUT US
Transport Rail is dedicated in bringing you up to date news from inside the Rail industry. Our goal is to present the stories that matter to you the most. As well as all the news we also bring you rail related events, trade shows, training courses, recruitment and in depth features on suppliers and manufacturers to the rail industry. Transport Rail is written by the Industry for the Industry.
Contact us: [email protected]
FOLLOW US
© Copyright 2019 - Transport Rail
MORE STORIES