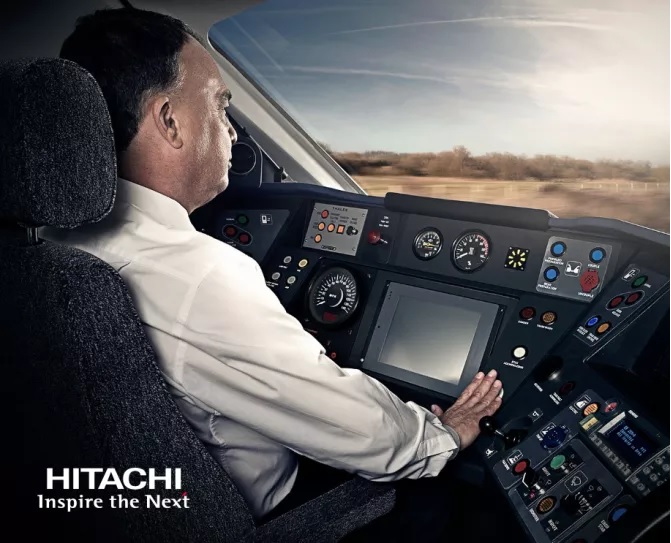 Hitachi Rail Europe has achieved a major milestone on behalf of the rail industry as it bids to create extra capacity and greater reliability for passengers on the UK’s congested rail network.

Hitachi has been given approval to use its modern in-cab signalling system on UK passenger services, which is important progress for the digital railway programme. The potential long-term benefits of the programme include allowing up to 30 per cent more trains to run across the country, helping to address rising passenger numbers, which have doubled in the past 20 years and are set to double again over the next 25 years.

In a joint project with Network Rail, Hitachi was able to run a train along the Cambrian line, in Wales, controlled by its European Train Control System (ETCS). The testing, which was successfully completed recently, helped Hitachi become the first train manufacturer in the UK to have its digital signalling system authorised to run passenger trains by the rail regulator.

Rather than relying on the old Victorian signalling system, which operates like traffic lights, Hitachi’s new ETCS technology tells the driver when to accelerate, brake or about upcoming hazards – making running trains far more efficient. The information, which is fed directly to the train’s cab, is drawn from the track-side system that monitors every train’s movement and position on the railway.

This more sophisticated system, which forms part of Network Rail’s digital railway programme, understands where every train on the network is and gives drivers far richer journey information. In this way, Hitachi’s ETCS system allows more trains to operate safely across the same number of lines and offers a more reliable service for passengers; helping provide more capacity, relieve crowding and respond to the tremendous growth of Britain’s railways.

“This is big step forward for digital innovation on the UK rail network and, once implemented, can deliver revolutionary benefits for rail passengers. Hitachi is hugely proud to be the first to achieve this milestone, which is a testament to the hard work of our testing and signalling teams.

“Our thanks go to Network Rail for its role in achieving this milestone and we look forward to working with them to implement ETCS across the network.

“Whether through manufacturing, new rolling stock or upgrading signalling systems, as a total rail systems business Hitachi is at the forefront of modernising the UK’s rail network.”

Having been granted authorisation from the UK’s industry regulator – the Office of Rail and Road (ORR) – to use the technology on the railway, Hitachi will install its ETCS in over 160 new trains it is building. The first of these modern trains – the Class 800/801 – enter passenger service next year on the Great Western Mainline, as part of the Intercity Express Programme (IEP).