Home News Hitachi Rail Italy to manufacture AT300 trains for GWR in the West... 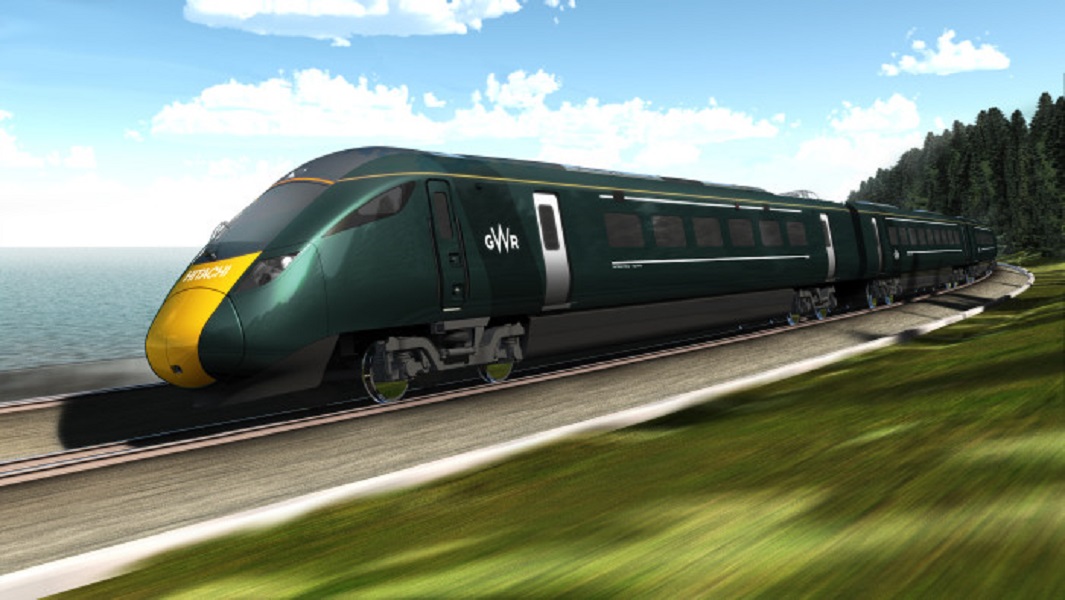 Hitachi Rail Italy today announces that a new fleet of AT300 trains for the UK train operating company Great Western Railway (GWR) will be manufactured at Hitachi Rail Italy’s facility in Pistoia.

Hitachi Rail Europe finalised a deal in July 2015 to supply and maintain 29 brand new AT300 trains for the GWR franchise, which operates trains between London Paddington and the West Country locations of Plymouth and Penzance.

Comprising 7 nine-car and 22 five-car bi-mode trains, the mixed fleet will allow for flexible use, including 10-car formations (two five-cars coupled together) for through services to and from London.

Maurizio Manfellotto, CEO of Hitachi Rail Italy, said: “Hitachi Rail Italy is delighted to be selected to produce this fleet of prestigious new trains, which will bring new levels of speed and experience to fare-paying customers travelling between London and the West Country.

A team from Great Western Railway and Eversholt Rail, GWR’s finance partner for the new trains, recently visited HRI’s manufacturing facilities in Pistoia and have been impressed with the quality of engineering and production.

This production agreement for GWR is a further endorsement of Hitachi Rail Italy’s train manufacturing excellence following the acquisition by Hitachi. We are hugely excited by this and the future opportunities that we are now able to create for our people in Italy as part of a major global force in rail manufacturing, and we are highly focused on delivering for the customer.”

Mark Hopwood, Managing Director of Great Western Railway said:“The AT300 trains are a key cornerstone of our strategy to deliver the biggest upgrade in a generation across the Great Western network, bringing more seats, and faster, more frequent services for our customers between London and the south west. Hitachi Rail Italy has a fantastic pedigree in building and delivering world class high speed trains on time and on budget, and we are delighted to be working with them on this project.”

The new fleet of AT300 trains is closely related to the Class 800 bi-mode trains designed for the UK Government’s Department for Transport InterCity Express Programme (IEP), but will utilise higher engine operating power to cope with the gradients in the West Country counties of Devon and Cornwall.

The AT300 fleet will run as electric trains before switching to diesel mode on non-electrified track, and is equipped with bigger fuel tanks to cater for the long distance journeys to Plymouth and Penzance.

TX Logistik back on track with its own licence in...

GWR unveils new Hitachi train in celebration of 175 years of...