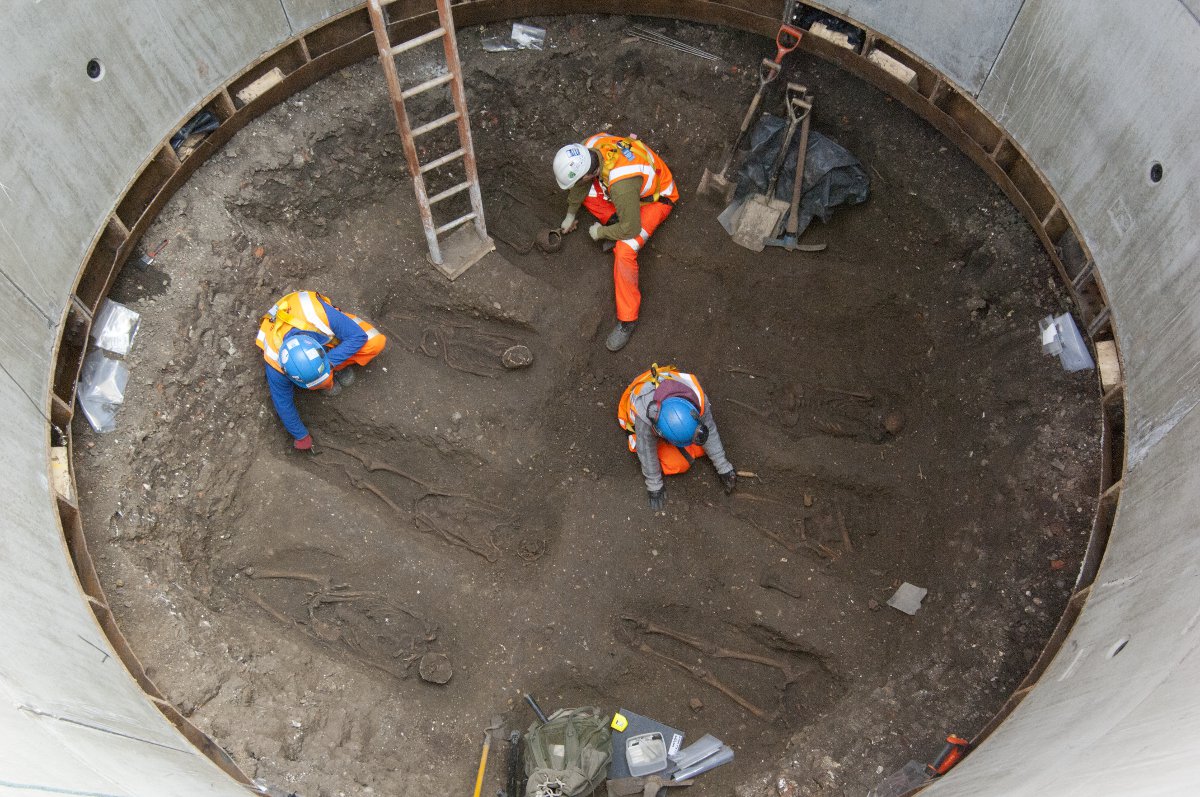 Since Elizabeth line construction began in 2009, more than 200 archaeologists have unearthed over 10,000 objects from 40 locations, spanning 55 million years. The findings of the archaeology programme – the biggest ever undertaken in the UK – are being published in a series of 10 books.

The five new books in the series are:

· The Changing face of London: Historic Buildings and the Crossrail route

· From Brunel to British Rail: The Railway Heritage of the Crossrail route

· New Frontier: The origins and development of west London

The books are available to purchase here<http://www.oxbowbooks.com/oxbow/catalogsearch/result/?q=crossrail>.

Jay Carver, Crossrail Lead Archaeologist said:
“The construction of the Elizabeth line, east to west through London, has given us a once in a lifetime opportunity to explore some of the capital’s most historically significant areas.

“This series of 10 books takes us on a journey from prehistoric forests and marshes to the marvels of 21st Century engineering, shining a light on the life of people who have lived in this area for thousands of years.”

The final three books in the series, unveiling the discoveries made during the excavation of Roman and 17th Century burial grounds at Liverpool Street, and the buried prehistoric landscapes of east London, will be published in spring 2017. Books looking at a Tudor moated manor house in Stepney Green and the great London shipbuilders, ‘The Thames Ironworks’ were published last year.

A wide range of artefacts and fossils unearthed by Crossrail will go on display in a major new exhibition aat the Museum of London Docklands from February to September 2017. Visitors will be taken on a site-based journey, following the map of the new Elizabeth line, revealing the stories of Londoners ranging from Mesolithic tool makers and inhabitants of Roman Londinium to those affected by the Great Plague of 1665.

The books are supplemented by Crossrail’s Fieldwork Reports – extensive technical papers that provide a much greater level of detail and further information on the excavations and their findings. All the Fieldwork Reports are available on Crossrail’s Learning Legacy website here<http://learninglegacy.crossrail.co.uk/learning-legacy-themes/environment/archaeology/>.

Exclusive Interview With London Underground To Gather A European Perspective On...

New Generation Trains Ordered for Lines D and E of the...