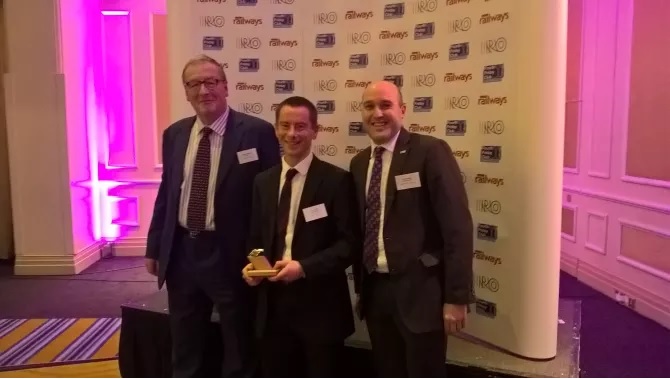 The train operator won the awards for most improved right time arrivals in both the Regional and London & South East categories. The Golden Whistle awards celebrate the best of railway operating and are handed out to those companies making the greatest strides in punctuality and other key indicators.

London Midland’s awards come in the same week that the train company consolidated its overall customer satisfaction rating of 85%. The National Rail Passenger Satisfaction survey (NRPS) is run by the official rail watch dog, Transport Focus. The London Midland score for autumn 2016 remained at 85% at a time when satisfaction for the industry as a whole has fallen two percentage points to 81%.

Collecting the award for ‘Most Improved’ in the London & South East category Steve Helfet, London Midland’s head of West Coast services said
“The most important thing about this accolade is that means our customers are getting a better service. Two years ago we invested in £64 million worth of new trains on this route. With extra seats and carriages come extra challenges – so it is particularly pleasing to see improvements in performance this year.”

Steven Fisher collected the company’s award for ‘Most improved’ Regional Operator and said
“Reliability is at the heart of what our customers want from their train company. Our regional network stretches from the North West of England to the tip of the South East commuter belt and across the West Midlands. The stand out result has been an 11.5% increase in performance on the route between Wolverhampton and Birmingham which is critical for reliability for so many of our trains and customers.”