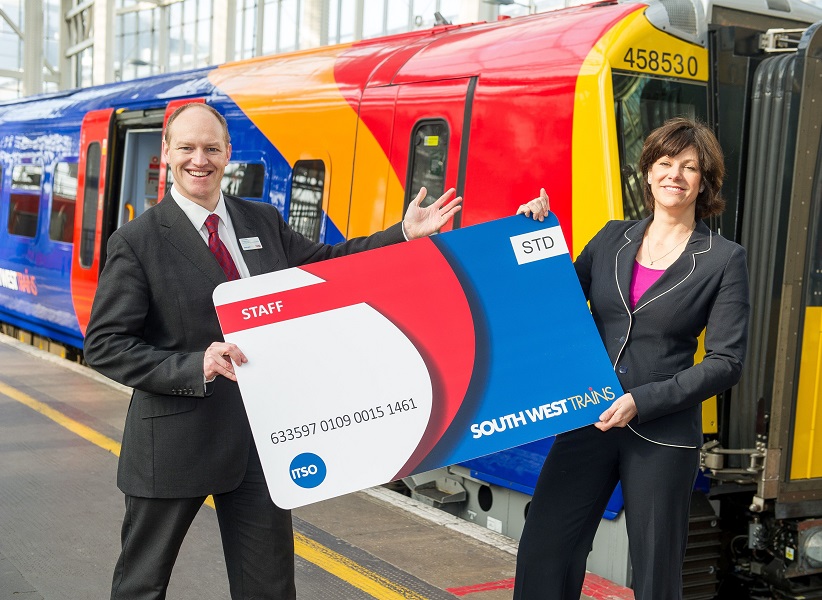 Millions of pounds of enhancements announced as part of new agreement with the Department for Transport.

Introduction of smart ticketing across the network and 170 new easy-to-use ticket machines.

1,400 additional parking spaces at stations across the network.

Rail passengers on South West Trains, the UK’s busiest commuter network, will benefit from a £50 million package of improvements under an amendment to the current South West Trains franchise agreement between Stagecoach Group and the Department for Transport.

The agreement means millions of pounds worth of passenger improvement initiatives will be introduced between now and February 2017. Passengers will not have to wait for a new franchise to benefit from these initiatives and taxpayers will gain better value from public investment.

Planned improvements to include:

Chief Executive of the South West Trains-Network Rail Alliance, Tim Shoveller said,
“These exciting changes will deliver the biggest package of customer focused benefits for years. As well as the expansion of our smart ticketing scheme we are also introducing more staff to our concourses so that they are able to help passengers, face to face.”

Rail Minister Claire Perry said:
“As we spend record amounts on modernising our railways as part of our long term economic plan, our franchising programme is also unlocking considerable investment from train operators.”

“This package of improvements from South West Trains, with its strong focus on customer service, is very welcome and will make a huge difference to passengers on the many busy routes served by this franchise.”

These new benefits follow a number of enhancements already underway to deliver a better service to South West Trains passengers.

Stagecoach has operated the South West Trains franchise since 1996, doubling the number of passengers using its services and driving forward a number of innovations to help customers. It has delivered a more joined up railway, improving integration between track and trains.

In 2006, South West Trains became the first train operator in the UK to launch a fully integrated operational control centre. It brought train operating staff and Network Rail employees responsible for track and signalling together under one roof. Since 2012, a single management team has been responsible for managing both track and trains under the South West Trains-Network Rail Alliance, with the ground-breaking partnership extended in April 2014.

South West Trains operates around 1,600 trains a day on a network in the South and South West of England, serving more than 200 stations and employing around 4,500 people. The network includes routes through Hampshire, Surrey, Dorset, Wiltshire, Berkshire, Devon, Somerset, and Greater London, serving a mixture of commuters and longer-distance travellers.