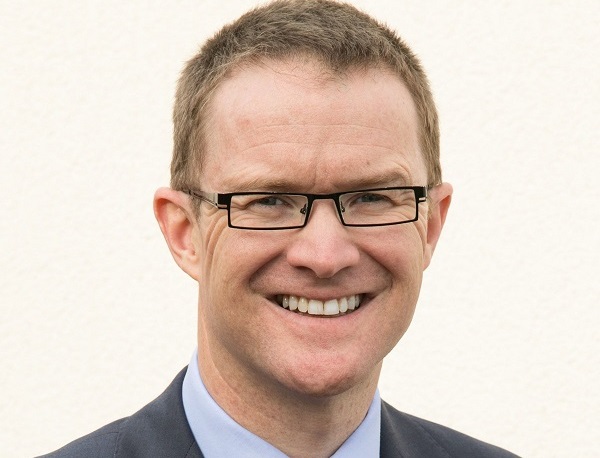 The head of the new company which will take over responsibility for running rail services on the East Coast mainline next year has been confirmed today (22 December 2014) by Stagecoach and Virgin.

David Horne, currently Managing Director of Stagecoach-owned East Midlands Trains, has been appointed to play a leading part in the mobilisation and transition arrangements for the new InterCity East Coast franchise which is to be operated by Stagecoach and Virgin from March 2015.

He will take up the role from next month and, subject to the commencement of the franchise award as envisaged, would become Managing Director of Virgin Trains East Coast when the franchise starts.

David has more than 25 year’s experience in the rail industry, having started his career in 1988 as a ticket office clerk in Cornwall. He has also held senior positions within South West Trains and Virgin Trains.

David led the successful bid on behalf of Stagecoach for the East Midlands Trains franchise in 2007.  In his time at East Midlands Trains, David has been responsible for delivering the UK?s most punctual long distance services over a five year period which has also seen significant increases in customer satisfaction.  East Midlands Trains was named Passenger Operator of the Year at the National Rail Awards earlier this year.

David (42) currently lives in Nottinghamshire with his wife and two-year-old son.

“David has a wealth of experience of the railways which will be invaluable as we prepare to launch the new franchise”.

“East Midlands Trains has been a great success, and I am very proud that under David’s leadership it has maintained an unbeaten record as the UK’s most punctual train operator and was recently named Passenger Operator of  the Year”.

“I am confident David will be a great addition to the East Coast team and will use his experience to make Virgin Trains East Coast a huge success”.

“I would also like to pay tribute to Karen Boswell, who has been Managing Director at East Coast over the past five years. In challenging circumstances Karen has ably led a team of 3,000 committed employees and ensured we have a good platform for our future plans.”

Patrick McCall, Senior Partner, Virgin Group, said:
“We are looking forward to taking on the East Coast Mainline in spring next year and have a number of new initiatives ready to launch under the Virgin brand. The appointment of David Horne as Managing Director of InterCity East Coast will greatly help us accelerate these plans.”

Speaking on his appointment, David Horne said:
“I feel very privileged to be given the opportunity to lead this major new franchise.  I’ve travelled on East Coast on many occasions over the years and have seen first-hand the level of pride the team have and the focus on delivering a great service for customers”.

“Over 20 million journeys are made every year on this franchise which connects some of the UK’s most important cities and it plays a key role in the local communities it serves.  There are some really innovative plans for the future which will see investment in our people, in delivering more for our customers and will provide better support for our local communities”.

“I’m really excited about the future for Virgin Trains East Coast and I’m looking forward to meeting the team and getting started on the next phase of the journey”.

The new Virgin Trains East Coast franchise will start in March 2015 and is planned to run until 31 March 2023, with the option for a one-year extension at the Department for Transport’s discretion.  Trains will operate under the ‘Virgin Trains East Coast’ brand and the franchise will be managed by Inter City Railways, a venture between Stagecoach and Virgin.  Plans are now well underway to ensure a smooth transition to the new franchise, and it has recently been confirmed that the Head Office will remain in York.

Over £140 million will be invested in the new franchise delivering major improvements for customers. Stagecoach and Virgin have exciting plans to transform the on-train experience and deliver a more personalised service, with at-seat food ordering from the buffet car and hot food available to passengers in standard class.  A new Nectar loyalty scheme will be launched and it will be easier to buy tickets and make seat reservations. Passengers will also benefit from new trains, an improved timetable with faster journeys and better connections, more services to new destinations, better value fares, new technology and a range of station and accessibility enhancements.

Jake Kelly has been appointed Managing Director Designate of East Midlands Trains. He has previously worked as a director of the company and joins from the South West Trains-Network Rail Alliance where he has worked since 2010 in the roles of Commercial Director, Customer Service Director and more recently as Development Director.

Bombardier Transportation to Showcase its Proven Solutions at AfricaRail 2016