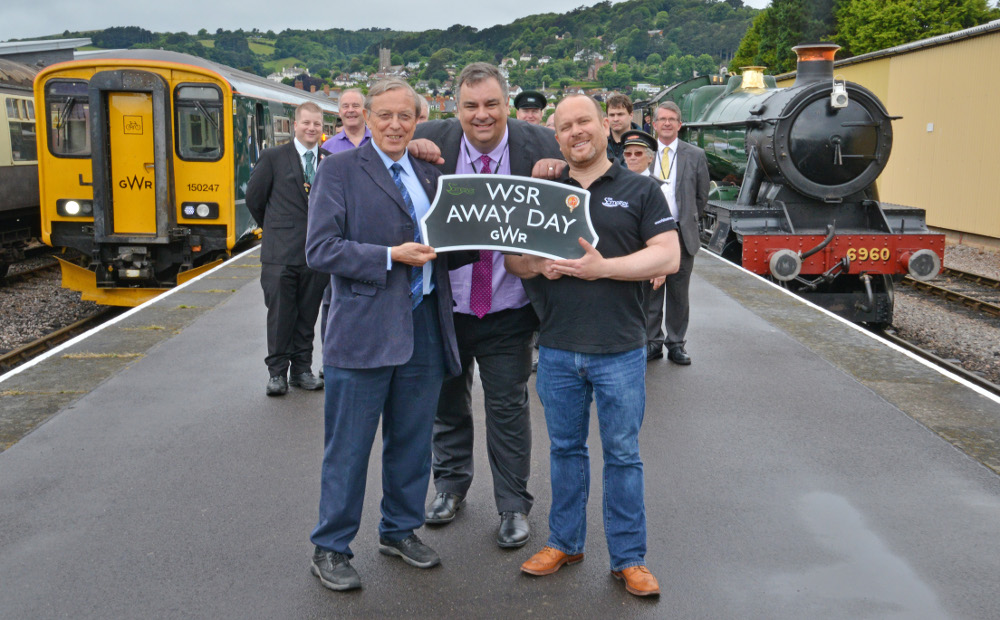 Instead of customers having to purchase separate GWR rail, Buses of Somerset, and West Somerset Rail tickets, a single through ticket is now available, offering unlimited travel on Britain’s longest heritage railway for the day. The new deal was launched on Sunday 19 June with a special charter train service between Taunton and Minehead.

GWR Partnerships Manager David Gardner explains:
“Dedicated to the communities and the region we serve, this new ticketing deal is ideal for day-trippers, helping them to leave the car at home and make the most of the attractions that Somerset has to offer.”

The new ticket provides a 19% saving against purchasing the separate components individually for those travelling form Taunton; will remove the usual peak time ticket restriction from London* saving more for those travelling from further afield and also includes a discount on entry to the National Trust’s Dunster Castle.

West Somerset Railway General Manager Paul Conibeare said:
“We are delighted to be working with GWR and Buses for Somerset in this new partnership deal for day-trippers, what a wonderful experience in our 40th anniversary year to be able to use public transport to visit the longest Heritage Railway in England.”

Chief Executive of Visit Somerset John Turner stated that the new initiative could bring a million pound boost to the area:
“We have studied a previous example of this kind of development in East Grinstead on the Bluebell Railway. The Bluebell team saw 60,000 more visitors and an increase of over a million pounds. With some extensive marketing for West Somerset Railway we hope that we can see those types of increases over a five-year period.”

To book your ticket please visit the GWR booking page<https://www.gwr.com/tickets#clear>, select your destination as ‘West Somerset Railway’, and click the ‘Are you returning?’ option.

*Helping to attract London visitors to Somerset the through ticket has removed the usual peak time ticket restrictions on the 0730 departure from London Paddington.