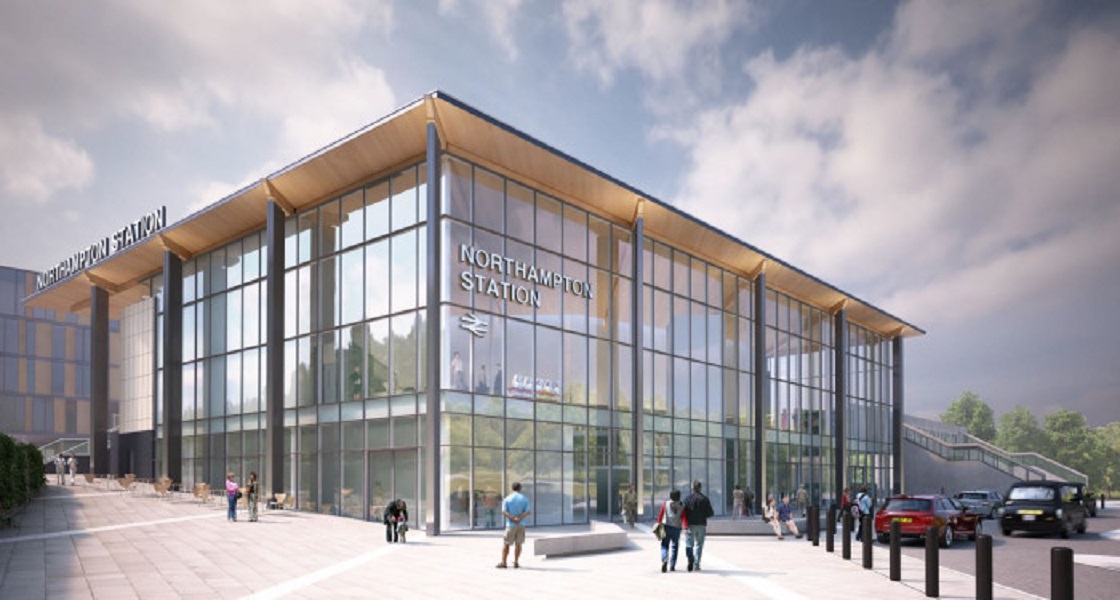 London Midland can confirm that the new £20 million railway station in Northampton will open to the public on Monday, 12 January 2015.

At 2,500 square metres, the new building is more than twice the size of the old station.  The public areas are more spacious and far better equipped to meet the 2.8 million annual passenger footfall.

The station is fully accessible with a lift between the car park entrance and the booking hall.  The booking hall leads to a new overbridge with covered stairs and lifts to all platforms.

There are eight ticket gates on the main concourse; more than double the amount in the old station building.  This will help to reduce queuing time and enable passengers to move through the station and down to platforms more easily.

Terry Oliver, London Midland’s head of route for West Coast services said,
“London Midland committed to opening to station within 15 workings days and we’ve not gone back on our word.  We made every effort to open the station earlier, but Christmas and New Year closures affected a number of our key suppliers”.

“On 14 December we delivered an extra 36,000 seats every week on Northampton train services.   I’m delighted we’re now building on that success by opening the new station just four weeks later”.

Terry Strickland, area director for Network Rail, said:
“The new station is a fantastic addition to the town. Its modern design and new facilities provide a fitting gateway to Northampton and is the latest example of investment in the rail network to meet the demands of an increasing number of passengers. We have all been frustrated by the delay to the opening but I hope everyone will agree the new station was worth the wait when it comes into use on 12 January.”

Cllr Jim Harker, leader of Northamptonshire County Council, said:
“The new Northampton station will be a modern, fitting gateway into the town and our county and I’m delighted that work has now been completed. The county council is pleased to have been instrumental, including our critical financial support, in making this tremendous asset for Northampton become a reality.”

GWR celebrates National Photo Week with the launch of #CaptureTheWest