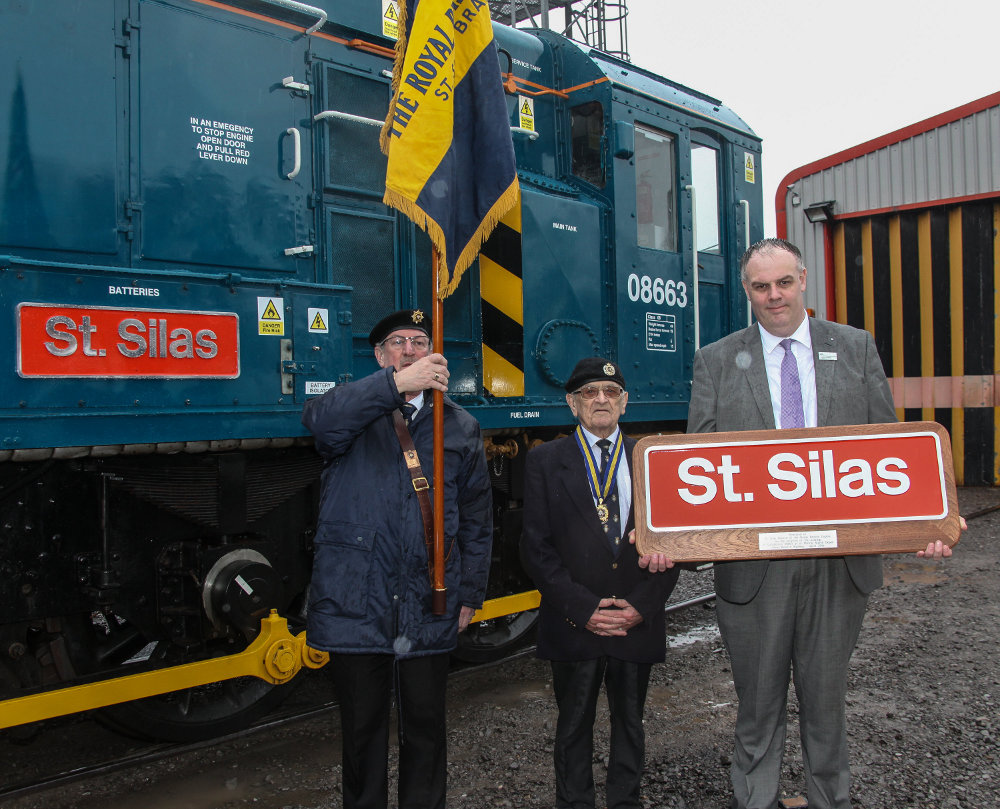 GWR today, 11 April 2016, named one of their Class 08 shunting locomotives  St Silas, after the church of the same name.

The St Silas church, which was situated on Feeder Road, was destroyed 75  years ago on 3 January 1941 during a bombing raid by the Luftwaffe. Over 140 Bristolians perished that night as German airmen attempted to hit the Railway and Docks area of the city. The St Silas name lives on through the local Royal British Legion Branch and now on locomotive 08 663.

Simon Cassidy, Driver Operations Manager, said:
“The Royal British Legion do a fantastic job in supporting countless people affected by service for their country. We are proud that this locomotive will serve as a tribute to the work of the Legion and in remembrance to those who lost their lives on that fateful evening.”

Mike Muddle, Chairman of the St Silas Branch of the Royal British Legion said:
“We are thrilled that GWR have decided to name this locomotive after our branch and the church. The links between the railway and the forces has always been strong and this naming will see this tradition continue.”

The naming is part of a build up to the St Philips Marsh Open Day on 2 May 2016 which will celebrate 40 Years of the High Speed Train (Class 43). The Open Day will see one of the largest gatherings of diesel locomotives from around the country. Present on the day will also be Sir Kenneth Grange, the designer of the Class 43, who will name a locomotive and special
livery.