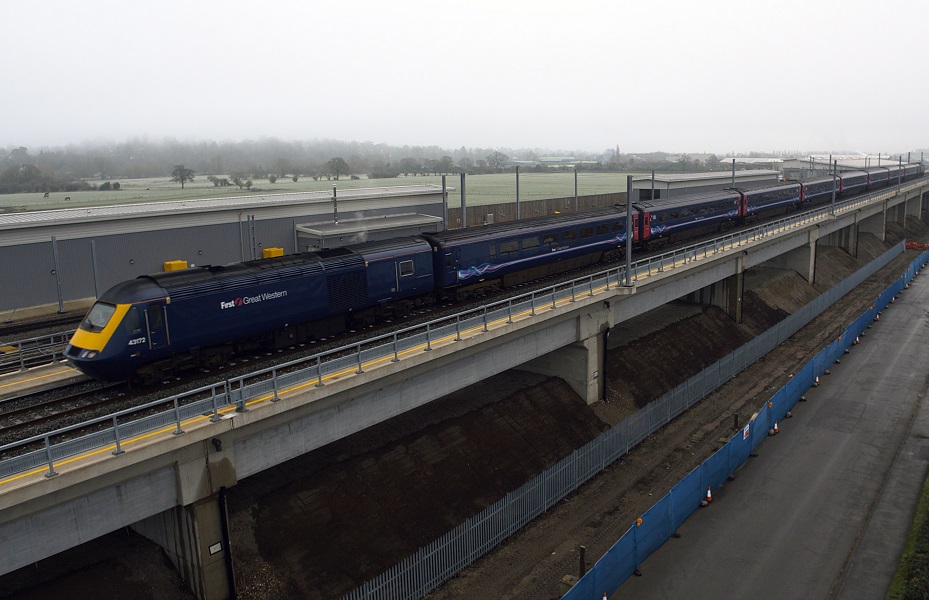 Watch drone shot video footage of the first ever service to pass over the new Reading Viaduct, a feat of engineering which marks another key milestone towards completion of the station’s redevelopment.

The new 2,000 metre viaduct built by Network Rail, which cost £100m, removes a major bottleneck on the network by enabling trains to manoeuvre in and out of the Reading area without impeding each other – an operating achievement that has not been addressed since Brunel built the first layout in the 1840s.

“It will bring immediate results to our train service performance and deliver longer-term benefits for customers between now and the summer”.

“We thank our passengers for their patience over the festive period while the viaduct was completed”.

The first passenger train to use the new viaduct was the 08.00 London Paddington to Penzance service on Sunday 4 January. The service called at Reading at 08.38 and, having traversed the viaduct, Didcot Parkway at 08.56.

Network Rail’s, Managing Director for the Western Route, Patrick Hallgate, said:
“The completion of the viaduct is another significant step in our redevelopment of the Reading station area and will enable passengers to benefit from reduced journey times, an increase in services and ultimately a better travelling experience.”

The structure is part of the £895m Reading Redevelopment project which started in 2008 and implemented in phases. A new-look station with five extra platforms was officially opened by HRH The Queen in July. The project is due for completion in Summer 2015.