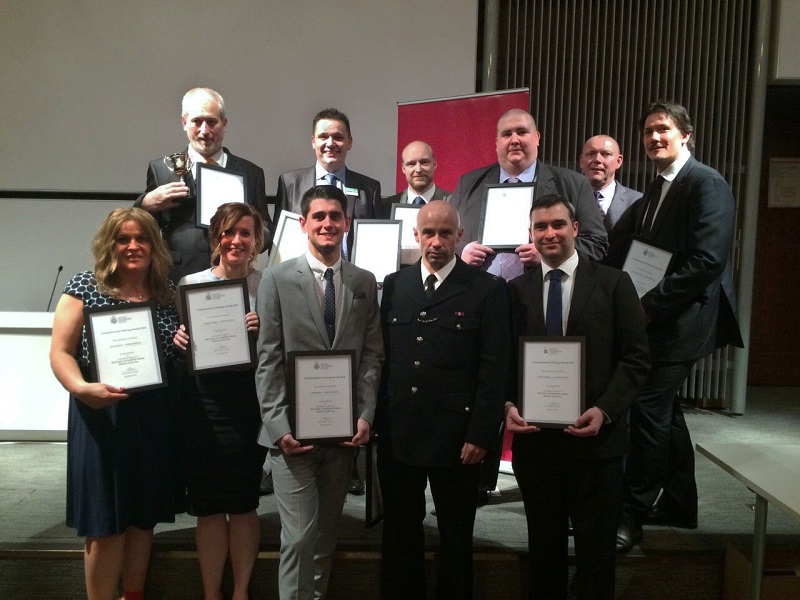 The team, which comprises Southern Rail Neighbourhood Officers (RNO) and BTP officers had already won the regional RSAS Team award and was nominated in for a national award by BTP Inspector Jack Ioannou. Entries came from all over the railway industry and Southern’s team won for its work in supporting BTP throughout the year.

As well as the overall support the team has given the police, the main thrust of the nomination was in recognition of the hard work the team had done to eradicate the issue of tissue begging which was becoming more and more prevalent on train services.

The safer Travel Team was introduced in 2010, with teams based at Purley and Brighton. Since then, the combined team has patrolled 20,000 trains and made 14,500 station visits. In that time, they have issued 6,700 Penalty Fares, 2,700 Fare Evasion notices, made 340 arrests, issued 450 cautions and given 37,075 Anti-Social Behaviour warnings.

BTP Inspector Jack Ioannou said:
“I was delighted that the Purley RNO team won the national awards as RSAS team of the year. The team demonstrate their diversity and inclusion on a daily basis dealing with one of most diverse area’s in London. They have demonstrated their inclusiveness by engaging with other emergency services, scouts and young persons in education.”

“The RNO team are a pleasure to work with, they all have a professional “can do” attitude together with a real commitment to serving the community and are great ambassadors of Southern and the Railway community.”

Southern’s Head of Revenue Protection and Security, Stella Morris said:
“I am delighted that team has won this prestigious award. Both teams have had a massive effect on making travel safer and more comfortable for our passengers and this is a testament to their hard work and their professionalism, which can be tested at times when things get difficult. They are a credit to themselves and to Southern.”