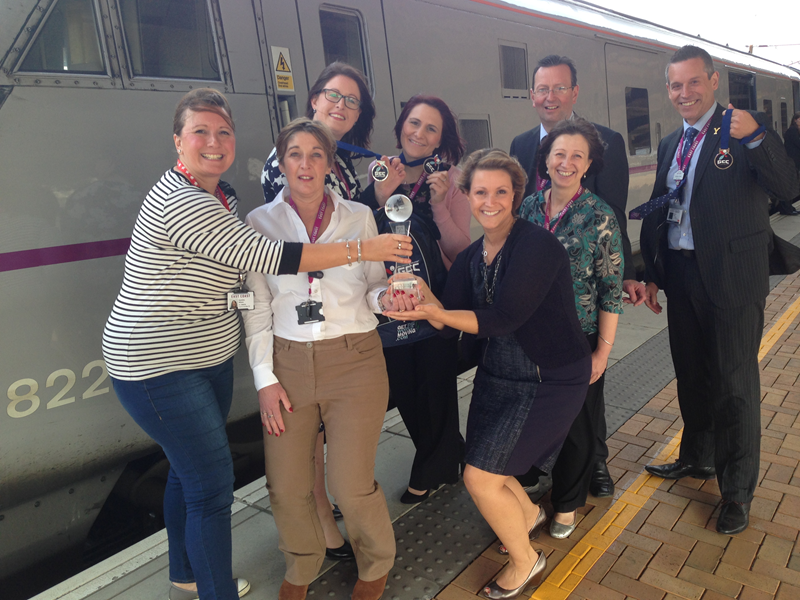 A group of almost 200 staff at train operator East Coast has stepped up to be the best in UK transport by walking to success in a worldwide fitness challenge.

They joined more than 40,000 teams globally to take part in the 12-month Global Corporate Challenge (GCC), a scientifically developed programme which is clinically proven by the Foundation for Chronic Disease Prevention.

Participants each completed a 100-day challenge to aim for 10,000 steps per day, measured using a GCC Pulse accelerometer and recorded on the GCC website or mobile phone app.

East Coast’s staff competed in teams of seven, and against 1,500 companies based across the globe. The train operator’s teams averaged 15,165 daily steps, an average distance of 6.03 miles per day – and in total walked the equivalent of four times round the world, burning an average 611 calories each day in the process.

The train operator’s teams finished top in the UK and second in the world in the transport and logistics category – while the best performing East Coast team, based at its Craigentinny train maintenance depot in Edinburgh, finished second from all teams taking part.

East Coast Engagement and Corporate Responsibility Manager Caroline Wilson said:
“We had tremendous feedback from our teams about the Global Corporate Challenge, with 85% of them saying the step challenge has had a positive effect on their relationship with exercise. Our colleagues also managed to lose an average of ten and a half pounds in weight each.

“Taking part helps us as a business as it fights stress, improves morale and reduces absence. We’re proud to say East Coast came top in the UK’s transport and logistics category, showing just how much our teams embraced the challenge.”

The activity challenge success forms part of the company’s employee engagement and well-being programme, Further Together, which aims to make East Coast a great place to work while delivering excellent customer service.

The average number of sickness absence days per employee have also been reduced, from 11.4 to 8.6 days, and saving £1.89 million since Further Together was launched in 2012.