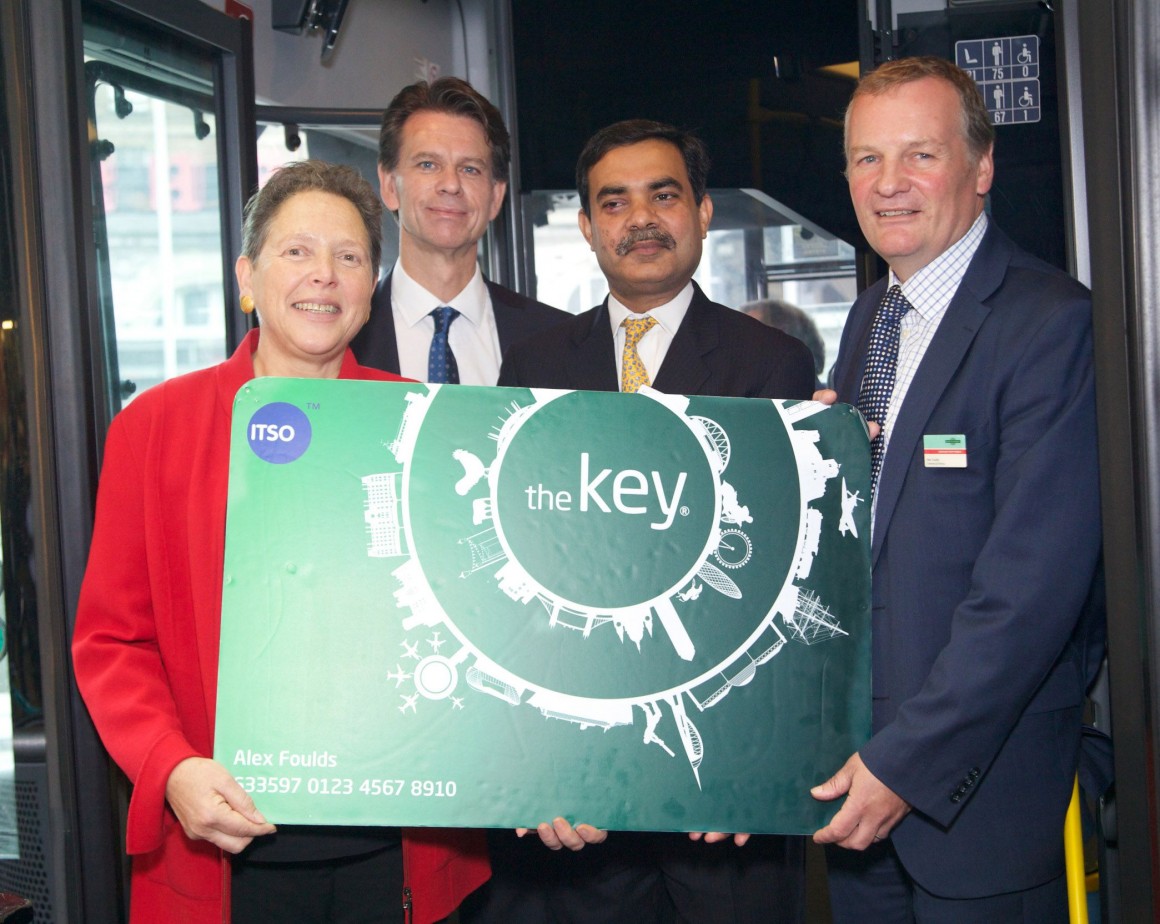 In another industry first, Southern’s passengers from outside London now have the key to the capital with the arrival of Travelcards on its smartcard, the key.
Now it’s possible to travel from Bognor Regis to Bethnal Green or from Eastbourne to Ealing Broadway on rail, tube and bus using Southern’s key smartcard.
This is the first time that a train company has reached this important milestone and it is making history by helping Southern’s London commuters abandon their paper tickets in favour of a smartcard.

The key smartcard is the answer to the age-old problems that still exist with paper tickets.

“This development is another step that paves the way for other train operator’s schemes to follow on behind us, by laying a firm foundation for the South East Flexible Ticketing programme to become a reality.”
Travelcards on the key were formally launched today (17th September) by Minister of State for Transport, Baroness Kramer at an event at London Victoria station.

Baroness Kramer said:
“Offering smart ticketing is an important part of our plans to deliver a better experience for passengers, providing greater choice, security and convenience and making it easier to get around. I congratulate Southern on achieving this important milestone. “We are committed to building a stronger economy and a more efficient public transport network that people want to use. That’s why more than £38billion will be invested in the network over the next five years to bring in new trains and new services, and to make journeys more comfortable and more reliable.”

TfL’s Director of Customer Experience, Shashi Verma, said:
“We want to make travelling in London as quick and convenient as possible for all of our customers so we are delighted to have worked on equipping London for accepting ITSO, and with Southern to bring Travelcards to their smartcard, the key.”

Roger Crow, senior vice president and managing director of Cubic Transportation Systems’ European operations said:
“We are delighted that this project has come to fruition. Users of ‘The key’ card can access the entire Oyster network in London now that Travelcards have been added.

“What started as a limited scheme has become completely integrated into the existing Oyster network. We fully support Southern’s other new and innovative products which show how versatile the ITSO cards can be. We are proud that this teamwork based approach sets the standard for the way to design, implement and deploy ITSO rail schemes across the country.”