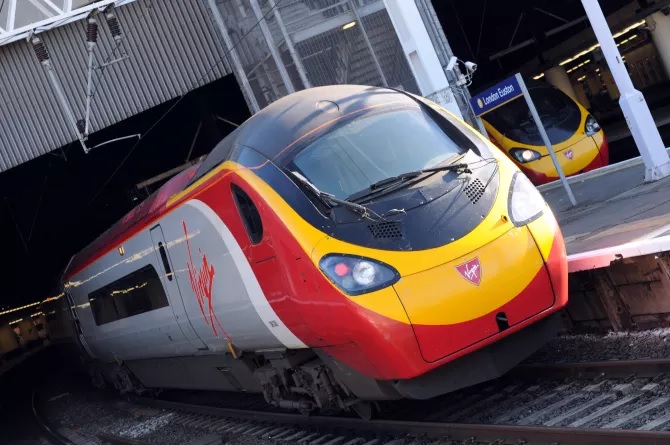 Virgin Trains is celebrating a five star rating for reliability in the latest Annual Passenger Survey from Which? today. Customers of Virgin Trains on the west coast are also experiencing record punctuality as a result of a combined effort between the rail operator and Network Rail to identify and resolve the cause of delays on the route. 88.3% of trains arrived on time over the last twelve months, an improvement of eight percentage points since comparable records began just after privatisation, two decades ago*.

This has resulted in eight months of strong performance – with PPM (punctuality) figures of over 90% – and a significant reduction in ‘bad days’.

Virgin Trains and Network Rail first started working together in this way in 2009, leading to a series of improvements being made on the west coast main line each year. However, in the last 18 months, the two companies have shifted their focus to the basics of railway operation and infrastructure maintenance and as a result the benefits of the working group have now been realised.

These combined efforts have seen 100 days with a PPM of 90% or above in the past six months. That compares with 58 days in the same period two years ago. In addition, the last period has seen over 45% of trains arrive at their destinations early. **

Areas of priority have included reducing overhead line and track defects, focussing on speed restrictions and addressing signal failures and cable theft. Monitoring equipment has also been installed onto Virgin Trains’ trains to enable Network Rail to measure and test the infrastructure at speeds of up to 125mph identify defects before they become serious issues.

Network Rail Engineers regularly ride in the cab of Virgin Trains services to monitor ride quality and additional pantograph cameras, bump boxes along with night vision forward facing CCTV and axle box monitors are also expected to be installed over the next six months.

Virgin Trains has also enhanced its customer experience with the introduction of BEAM – an industry-leading onboard entertainment service which is free for all customers earlier this year and Automatic Delay Repay in 2015 – a first for the UK rail industry.

Peter Broadley, Commercial Operations Director for Virgin Trains on the west coast, said:
“We’re really pleased with the improvements that have been made by Network Rail and our own team over the past few years and the latest performance figures on the west coast are testament to how far we’ve come. We know there’s still more to do though and we’re certainly not resting on our laurels. With even more improvements in the pipeline, we’re confident that we will continue to improve on punctuality and reliability whilst delivering the exceptional customer service that we are known for.”

*This dates back to September 1999