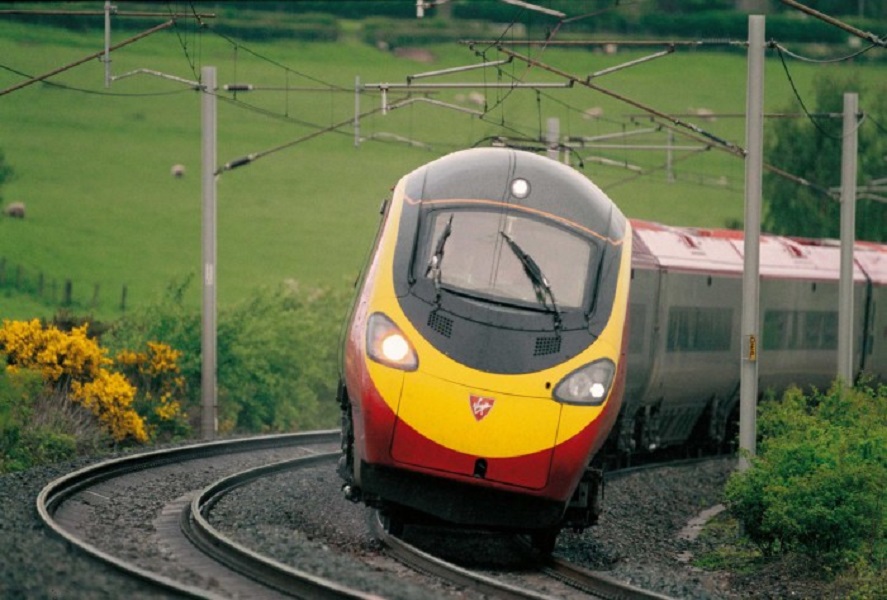 New record of 600,000 rail journeys between Glasgow and London.
Edinburgh-Birmingham route sees a third more passenger in 2014.
More than one in five Glasgow-London passengers now choose the train.

The London to Scotland operator saw an 11% increase in passenger numbers on its Anglo-Scottish services last year after increasing the number of seats available by 3000 every weekday.

More than three times the number of people travelled between London and Glasgow in 2014 than five years earlier, while Edinburgh-Birmingham journeys more than doubled over the same period.

The spectacular growth means that more people are choosing rail over domestic air travel than ever before.

Virgin Trains now accounts for more than a fifth of journeys between Glasgow and London*, significantly up on 2008 when fewer than one in 10 journeys were made by train. Market share is also increasing on the Edinburgh-Birmingham corridor.

The growth has been welcomed by Scotland’s Transport Minister Derek Mackay.
“Scotland is currently embracing the railway more than at any time since the Victorian era and these new figures from Virgin Trains exemplify this new golden age of train travel,” he said.

“More and more people are coming to enjoy the train as a stylish, comfortable and more environmentally sound way to travel and it is encouraging and exciting to see this kind of growth.”

Gary Iddon, Virgin Trains’ General Manager for Anglo-Scottish services, added:
“These figures are a fantastic endorsement of the work we’ve done on the route.

“Our team have worked really hard to put in place a service that customers value and want to return to.

“We’ve done a lot of work with partner organisations to promote rail travel and the additional capacity means that we have far more low-priced fares to offer passengers.”

The timetable change in December 2013 saw many of the five-car Super Voyager trains working the Anglo-Scottish route replaced by 9- or 11-car Pendolinos, adding 3000 seats per weekday. This also created new direct journey opportunities between Glasgow/Edinburgh and Birmingham International, Coventry and Milton Keynes.

The changing in rolling stock deployment followed investment in extra carriages and new trains by Virgin Trains in 2012.

* Comparison is drawn from CAA data on air travel between Glasgow International and the London airports of Heathrow, Gatwick, Luton, London City and Stansted (http://www.caa.co.uk/default.aspx?catid=80&pagetype=88&pageid=3&sglid=3) between November 2013 and October 2014, the latest month in which air traffic data is available. Taking into account the air passengers that travel to London to transfer to international flights, it is thought the true market share of rail may be closer to a third.

EAST MIDLANDS TRAINS – HELPING TO FIND THE NEXT GENERATION OF...