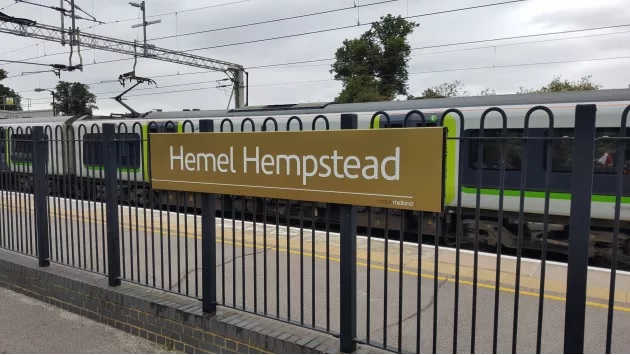 Six London Midland stations will have their traditional platform signs turned gold in honour of local gold medal winners from the Rio Olympics.

The stations that will see the destination signs (officially called ‘running in boards’ in railway circles) turned gold are:

The train operator has also launched a programme designed to help sports stars of tomorrow. “Your Sporting Chance” is aimed at promoting the health and wellbeing of young people by providing sports kit and equipment for youth/junior sports teams, clubs or groups nominated by London Midland employees.

London Midland commercial director, Richard Brooks said
“We want to celebrate a great summer of sport but we also want to help future sporting stars. Your Sporting Chance empowers and encourages our colleagues to get more involved with the 150 communities we serve across the country. We hope the gold running in boards will also inspire more young people too aim for the stars.”

Northampton station to open on 12 January 2015