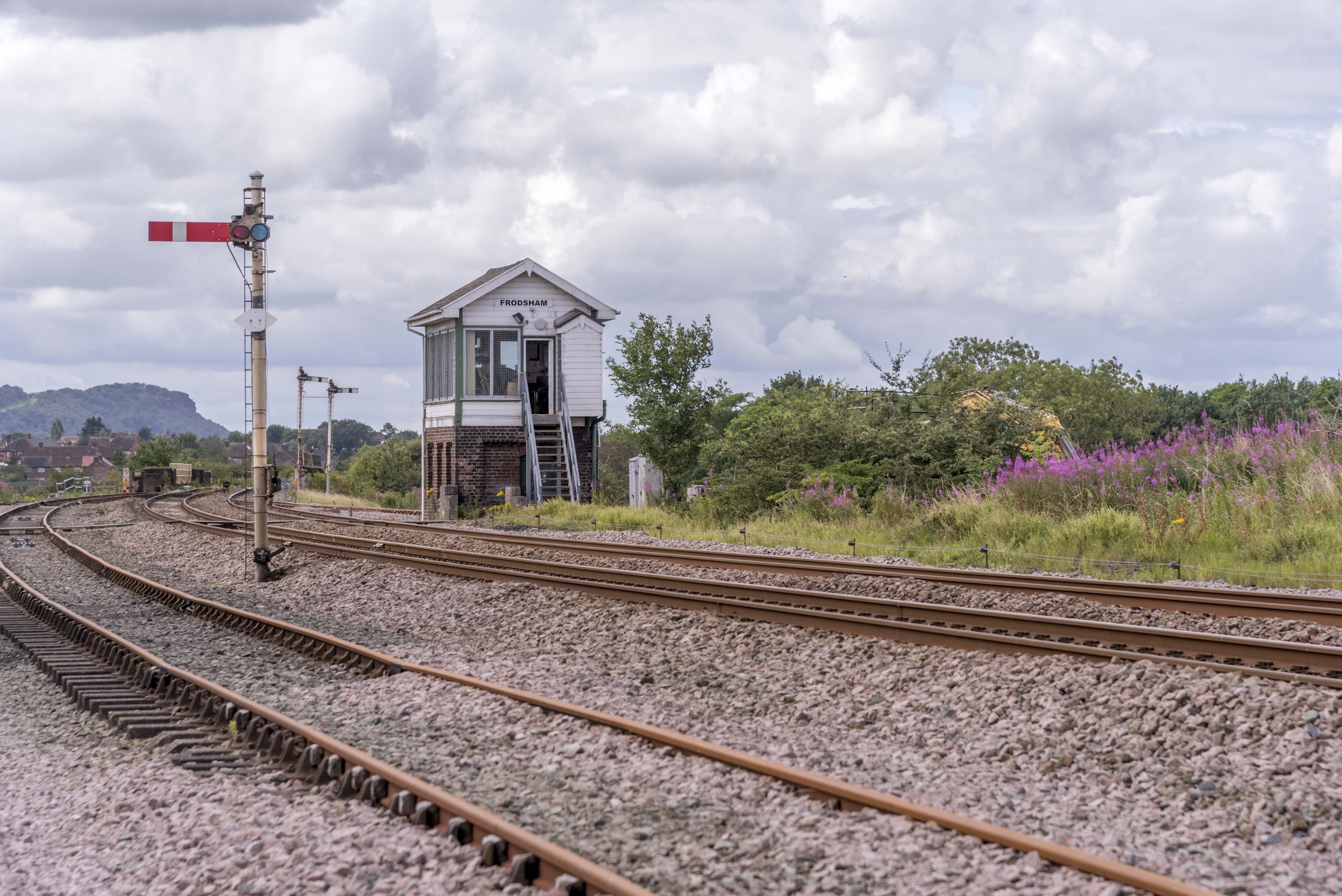 Liverpool City Region Metro Mayor Steve Rotheram has hailed the new opportunities for work and leisure that new services between Liverpool and North Wales via the re-opened Halton Curve will bring.

The Metro Mayor, along with key partners in the scheme, will be welcoming the first service from Wrexham into Lime Street at 7:59am on Monday morning (20 May).

Operated by Transport for Wales, the first service will call at Chester, Helsby, Frodsham, Runcorn and Liverpool South Parkway, en-route.

Services between Chester and Lime St via the Halton Curve will run seven days a week (the first on Sunday 19 May), with services between Wrexham and Liverpool currently running Monday to Saturday, with two trains a day towards Liverpool and one towards Wrexham. .

This is the first service to run direct from North Wales into Liverpool for over 40 years. Future plans will see more journeys into Wales, with some services running to Cardiff via Shrewsbury and to Llandudno.

The new service will generate 250,000 new trips, unlocking leisure and business opportunities between the Liverpool City Region, Cheshire and North Wales. As journeys between the Liverpool City Region, West Cheshire and North Wales are currently largely car dependent, it’s expected that the new service would remove the need for 170,000 road journeys helping reduce demand on key routes such as the M56 and A55.

It also supports Liverpool John Lennon Airport and its growth ambitions, opening up a much wider catchment for national and international leisure and business travel.

Steve Rotheram, Metro Mayor of the Liverpool City Region, said: “One of the Combined Authority’s key priorities is the delivery of major improvements in connectivity for our area and this is an example of us achieving that through new links into North Wales and Cheshire.

“The Halton Curve is one of many ambitious rail schemes across the Liverpool City Region that have been delivered by the Combined Authority, working together in partnership with a number of organisations.

“This is only the start of realising the benefits that re-opening the Curve will bring and the future plans for services linking the city region with Cardiff and the North Wales coast can only benefit us further.”

The Halton Curve scheme has seen the re-opening of a 1.5 mile stretch of track near Frodsham which links services from Chester onto the West Coast Mainline into Liverpool. Work to bring the track back into full use began in July 2017 was completed by Network Rail in May 2018.

The £14.5m Halton Curve project has been funded through the Government’s Local Growth Funding which is awarded to the Liverpool City Region Local Enterprise Partnership (LEP) and invested through the Liverpool City Region Combined Authority’s Strategic Investment Fund, along with direct capital funding from the Combined Authority. The final cost has come in under the projected £17.95m budget.

It has been developed by the Liverpool City Region (including Halton Council), Cheshire West and Cheshire Council, the Welsh Government and a consortium of the six county authorities in North Wales. The works have been delivered by Network Rail.

It forms part of the £340m investment in rail in the Liverpool City Region by the end of 2019 and also sits within the Great North Rail Project – a multi-billion pound investment plan to transform train travel across the North.

You can find out more about the scheme at www.liverpoolcityregion-ca.gov.uk/halton-curve

Ken Skates AM, Welsh Government Minister for Economy and Transport, said: “I’m delighted to be launching the new Transport for Wales rail services between North Wales and Cheshire to Liverpool.

“Each day thousands of commuters travel between North Wales and North West England meaning excellent rail connectivity is vital to the economy on both sides of the border.

“By providing 215 new services per week, we will strengthen links with our cross-border neighbours which will create important economic and social opportunities.  Improving access will also provide a boost to our local communities and regional tourism sector, attracting more visitors to Wales.

“I’d like to thank all partners involved in this project and I look forward to continuing our close working relationship for the benefit of all rail users.”

Northern Powerhouse and Local Growth Minister Jake Berry MP said: “It’s fantastic to witness the reopening of the Halton Curve which will see the first service to run direct from North Wales into Liverpool for over 40 years.

“With over £16 million of investment from the Local Growth Fund, the new line will help to connect the people and businesses of Liverpool City Region, Cheshire and North Wales – boosting the Northern Powerhouse economy and creating a transport network fit for the 21st Century.”

Karla Telford, Network Rail project manager for the Halton Curve upgrade, said: “Our major track and signalling upgrades on the Halton Curve – a relatively small stretch of track near Frodsham – were completed on time and under budget in May last year.

“The upgrade forms a vital part of our Great North Rail Project and unlocks new work and leisure opportunities between the Liverpool City Region, its airport, Cheshire and North Wales.

“Improved rail links are vital to boost the local economy. It’s incredibly exciting to see the new hourly Liverpool to Chester services in operation and welcome the first direct service from North Wales to Liverpool in over 40 years.”

James Price, Transport for Wales CEO said: “Transport for Wales is investing £5 billion to transform the transport sector throughout the Wales and Borders network and we’re incredibly excited to see the introduction of the new services linking north Wales and Cheshire with Liverpool.

“It will be a major economic boost for the area and the fact Transport for Wales are delivering 215 brand new services a week, really underpins our commitment to building a better transport network for all.

“This project saw an immense amount of hard work, dedication and investment by so many individuals and agencies and shows just what can be achieved by collaborative working.

“We are approaching our first six months at Transport for Wales and this is another important milestone as we continue to deliver our vision.”

John Irving, CEO of Liverpool John Lennon Airport said: “The opening of the Halton Curve will bring important public transport connectivity for parts of North Wales and North West Cheshire which have been devoid of a link to the Airport until now.

“The Airport has been a supporter of this strategic rail improvement ever since it was first suggested and whilst it has been a long time in coming, we are delighted to now see trains travelling on the Halton Curve, able to transport passengers from North Wales and North West Cheshire to and from Liverpool South Parkway and on to Liverpool John Lennon Airport via the regular bus services that connect the two.”

Asif Hamid MBE, Chair of the Liverpool City Region Local Enterprise Partnership (LEP) said: “Our view as a LEP is that growth across the North can best be enabled by the private sector working in partnership with the public sector to identify and support key infrastructure projects.

“Initiatives such as the Halton Curve are central to the City Region’s continued growth and I am delighted to see this project completed, which will undoubtedly improve connectivity thereby creating further business and tourism opportunities for our city region and the wider North.”

New trainsets to enter service in 2021; Station upgrades and improvements...