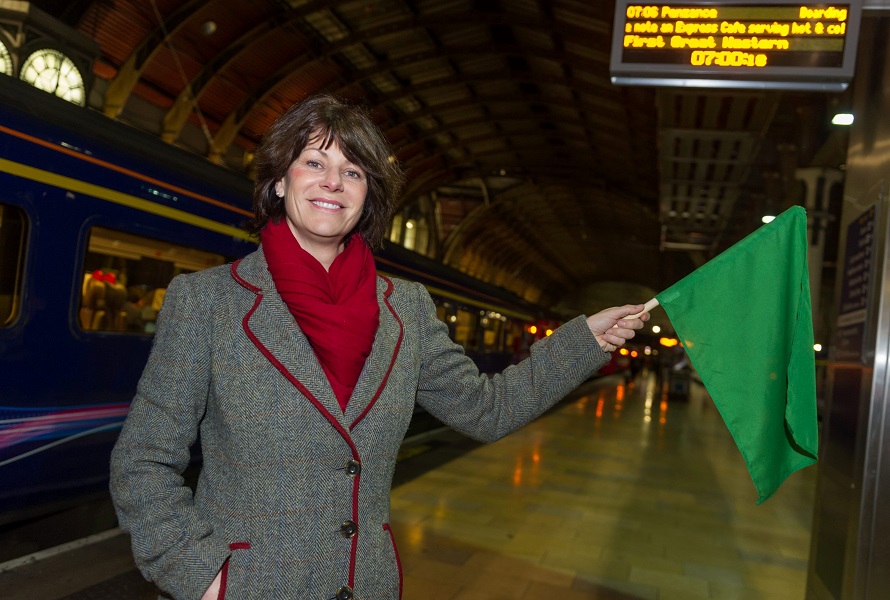 ·       The 0706 Paddington-Paignton service will now also call at Plymouth, and retimed to arrive 40 minutes earlier into Totnes, Plymouth and stations to Penzance
·       Additional capacity for summer travellers on the late morning (1039) service from Plymouth through Cornwall by using an eight carriage High Speed Train rather than a smaller local one
·       Faster mid-morning service between Paddington and Plymouth
·       Improved connections between Paddington and Torbay
·       Faster return service between London and Paignton

Rail Minister Claire Perry said:
“We are committed to providing more capacity and better journeys for passengers across the UK, and we are transforming the railways with record levels of investment as part of our long-term economic plan.”

“The new early-morning service, along with the other improvements by First Great Western, are a real boost for commuters and businesses in the South West, and I am looking forward to seeing further improvements.”

First Great Western Managing Director Mark Hopwood said:
“We have been able to make important changes that have gone a long way to support the communities we serve, increasing the number of services in the south west by 143% since 2007.”

“The South West is a key region for First Great Western and one which we are proud to serve. We know the needs of the region are changing and we need to make sure our timetable reflects the requirements of passengers and communities. In particular, these changes we are planning reflect the long standing aspirations of customers across the South West.”