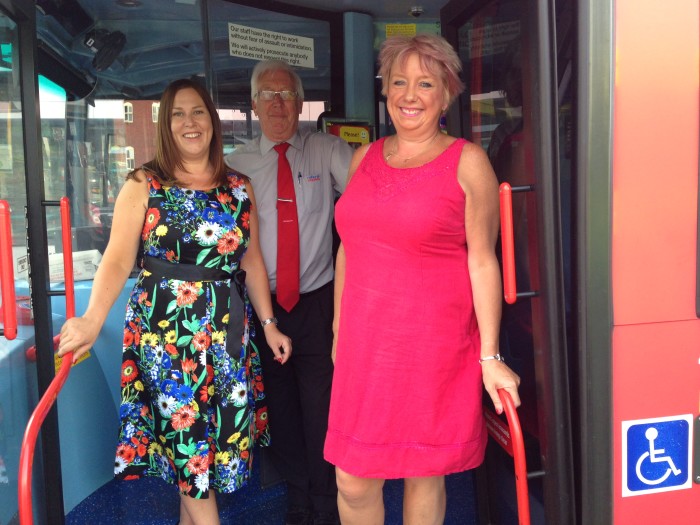 As the programme of improvement work on the railway between Redditch and Barnt Green reaches the halfway mark, Redditch MP Karen Lumley visited the station to find out more about the rail replacement services in place for passengers.

Following a series of Sunday closures in June, the line between Redditch and Barnt Green officially closed on Sunday 6 July for eight weeks. When it reopens on 1 September, passengers will benefit from an improved railway, thanks to a new passing loop which is being installed as part of the £24 million investment package. This brings with it significant benefits for passengers, as it will allow London Midland to run three trains per hour, instead of the current two, from December 2014.

In the interim period, London Midland has implemented a rail replacement programme, which ensures commuters and leisure travellers from Redditch still have a regular service into and out of Birmingham. During the closure period, passengers travel by specially commissioned buses which allow them to connect to their usual Cross City rail service at Longbridge*.

“We’ve received excellent feedback from customers in Redditch about the bus replacement services we have put in place”.

“We worked extremely hard planning and preparing for this temporary closure of the railway line, and were determined to make the whole process of travelling by bus and train as pain free as possible for local residents”.

On visiting Redditch station to see the bus replacement services in operation, Karen Lumley said, “I received assurances from London Midland back in May that this would be a successful operation and I’m really pleased with what I’ve seen today.

“I haven’t received a single complaint from my constituents, which is perhaps the strongest indication that this operation has been well managed and thought out”.

* Passengers are advised to check the bus timetables for the bus/rail interchange point as this may differ on Sundays.