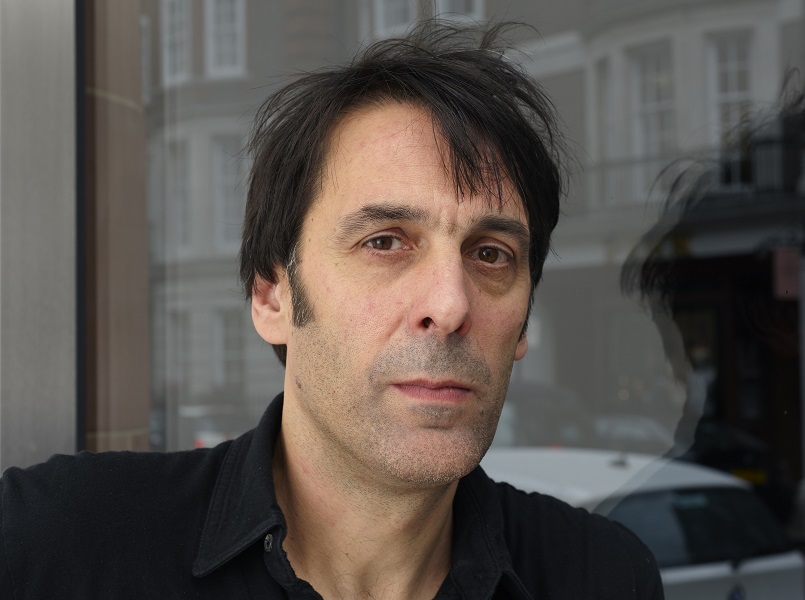 Douglas Gordon’s commission will be installed in the station’s western ticket hall in Dean Street, Soho. A series of three video screens will display images of people to evoke the history, culture and character of Soho. These images collectively form human compositions in a concept known as ‘Exquisite Corpse.’

Richard Wright’s commission will see gold-leaf hand-gilded on the vast ceiling above the eastern ticket hall, next to the existing Tottenham Court Road London Underground station. It draws on the lightness and colour of the ticket hall architecture and the rapidly improving public areas around the station. The pattern, which echoes the tile patterns of historic underground stations, will appear to change, fading in and out, depending on the light and viewpoint.

Both artists’ concepts will be developed over the coming months, with imagery released in the New Year.

The commissions are lead-funded by Almacantar and the City of London Corporation and co-funded by Derwent London. Both artists are from Glasgow and had proposals selected by the Crossrail Art Advisory Board in consultation with Gagosian Gallery, station architects Hawkins/Brown and the funders.

Douglas Gordon commented:
“The work will draw upon the history of the Soho area, where I spent a lot of time in the 1980s and 1990s. It will also allude to the area’s ability to recreate itself. It is vital that Soho’s historic identity should be embedded in its current renewal and this art will help achieve that.”

Richard Wright commented:
“I aim to create something that gives people a sense of enchantment. I want the painting to be delicate and elusive; folding, unfolding and fading in and out with the light and different viewpoints.”

Kathrin Hersel, Development Director of lead-funder Almacantar commented: “Tottenham Court Road is going to become a major new interchange for London. We are very excited to play our part of transforming the area with the redevelopment of Centre Point and the new public square as well as enhancing London’s cultural scene by helping to fund public art works from these renowned artists.”

Simon Silver, Director at Derwent London commented:
“Derwent London are delighted to be co-funding new artworks at Tottenham Court Road Station. It marks our commitment to integrating art into the built environment, something that is part of our own mantra. The artworks will bring a special quality to the station and complement the other pieces by Eduardo Paolozzi and Daniel Buren. The area around Tottenham Court Road is seeing the biggest change for decades and we are all excited by the benefits Crossrail will bring.”

Terry Morgan, Crossrail Chairman commented:
“The art at Tottenham Court Road will be enjoyed by hundreds of thousands of people every day, embedding culture into the heart of the world class railway that will be delivered in 2018. It will be a terrific inheritance for us to leave for future generations.”

Crossrail’s new artwork at Tottenham Court Road will join an Art on the Underground commissioned work by renowned French artist Daniel Buren, to open in 2015. It will also join the existing, iconic 1984 mosaics by Sir Eduardo Paolozzi.

Tottenham Court Road station will be run by Transport for London and will be a key interchange when Crossrail opens in 2018. Crossrail is working alongside TfL on a transformation of the station and the surrounding public realm, in one of the biggest transport investments in the West End for decades.

The improvements will future-proof Tottenham Court Road station for the expected 200,000 people using it daily from 2018. This, along with the planned changes at Centre Point and other nearby property developments and urban realm improvements, is expected to revitalise the eastern end of Oxford Street.

Crossrail will carry over 200 million passengers per year, adding 10% to London’s rail network and bringing an additional 1.5 million people within 45 minutes commute of central London. It will link London’s key employment, leisure and business districts – Heathrow, West End, the City and Canary Wharf, and encourage regeneration across the capital.